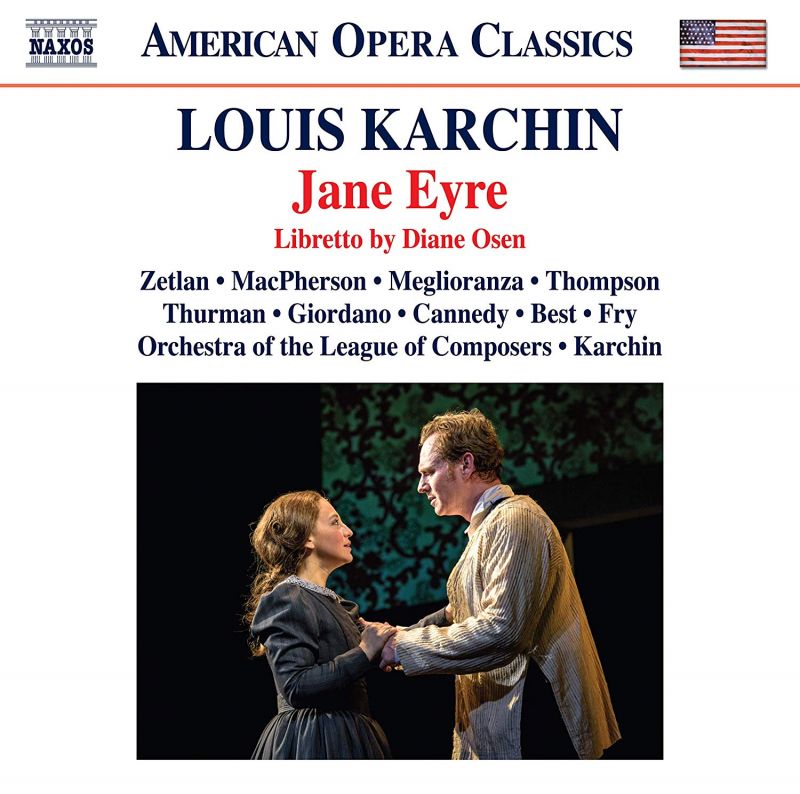 In 2016 at Hunter College, New York, the Center for Contemporary Opera staged the world premiere of Jane Eyre, in which composer Louis Karchin and librettist Diane Osen seized on the relentless flow of fire and brimstone that made Charlotte Brontë’s fame. Recorded a year later at SUNY Purchase with the original cast, it sounds sumptuously melodramatic, and there is no downplaying Rochester’s dark side here; in the theatre it must have been hair raising.

Karchin and Osen hewed closely to the nature of Brontë’s writing: the score is emotionally intense down to the smallest details, so the extravagant behaviour of the characters seems reasonable. The resulting fierce narrative ignites larger-than-life theatrical outbursts that are perfect for arias and ensemble pieces, brilliantly aided and abetted by the virtuoso Orchestra of the League of Composers. From the opening strains of melody, when chiaroscuro colours anticipate this will be a moody, highly inventive score, there is no abating in the energy, just like the novel.

Jennifer Zetlan as Jane has the greatest music and sings it triumphantly; her biographical aria leading to ‘A governess in this great house’ is simply glorious and charged with chemistry. Ryan MacPherson fills out Rochester’s personality thrillingly, and shows versatility as the creepily insinuating fortune teller.

Karchin’s charming musical candy box includes a broad range of influences from Bruckner to Tchaikovsky, including the highly entertaining use of excerpts from Lucia di Lammermoor. The English libretto is effectively compacted but occasionally lends the enterprise a Gilbert & Sullivan swagger.