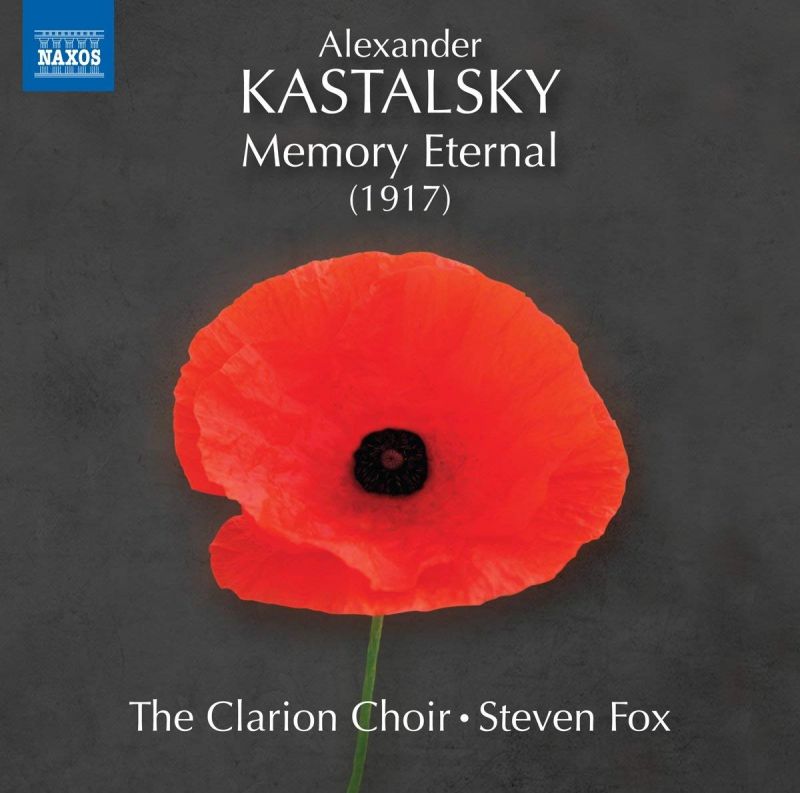 Kastalsky’s importance in Russian music of the beginning of the 20th century was very considerable. Not only was he a fine composer in his own right but he advised and influenced many of his near contemporaries, including Chesnokov, Grechaninov and Rachmaninov. His liturgical style may be heard very clearly in the three pieces that follow the main work on this disc, Miloserdiya dveri (‘Doors of thy mercy’, a work I have always thought underrated and which here receives a performance that truly brings it to life), Ot yunosti moyeya (‘From my youth’) and the resonant Blazenni, yazhe izbral (‘Blessed are they’).

Memory eternal is not itself a strictly liturgical work, though all its texts are liturgical in origin. Following the end of the First World War, Kastalsky felt the need to write a large-scale commemorative work. It exists in a confusing number of versions, the most ambitious of which uses texts in several languages and musical references from a number of religious (not only Christian) traditions, but was not performed until many years later. Another version mixes Orthodox and Roman Catholic funeral texts and includes organ; that recorded here employs texts from the Orthodox memorial service exclusively (though not following the liturgical order exactly) and is a cappella.

It is a deeply impressive work in many ways, beginning with an elaborate setting of the Great Litany, complete here with the priestly petitions, resonantly intoned by Protodeacon Leonid Roschko (the Triple Litany, the work’s 10th movement, is also done this way). In the following movements, Kastalsky gives free rein both to his considerable melodic gifts and to his talent for ‘choral orchestration’, perhaps combining them most impressively in the second movement, ‘Alliluya i Glubinoyu mudrosti’. One of the highlights of the work is the fifth movement, ‘Molitvu proliyu’, a brief but heartfelt personal plea for salvation, though the closing ‘Vechnaya pamiat’, a setting of ‘memory eternal’ dedicated to the ‘warriors killed in battle for their fatherland’, is also deeply moving.

The Clarion Choir, under the sure direction of Steven Fox, turn in a thrilling performance, recorded with clarity and not too much resonance in St Jean Baptiste Church in New York. This recording (together with its publication by Musica Russica) represents the rehabilitation of a major work, which nobody interested in Russian music of the 20th century should miss.

Memory Eternal to the Fallen Heroes

Doors of Thy Mercy