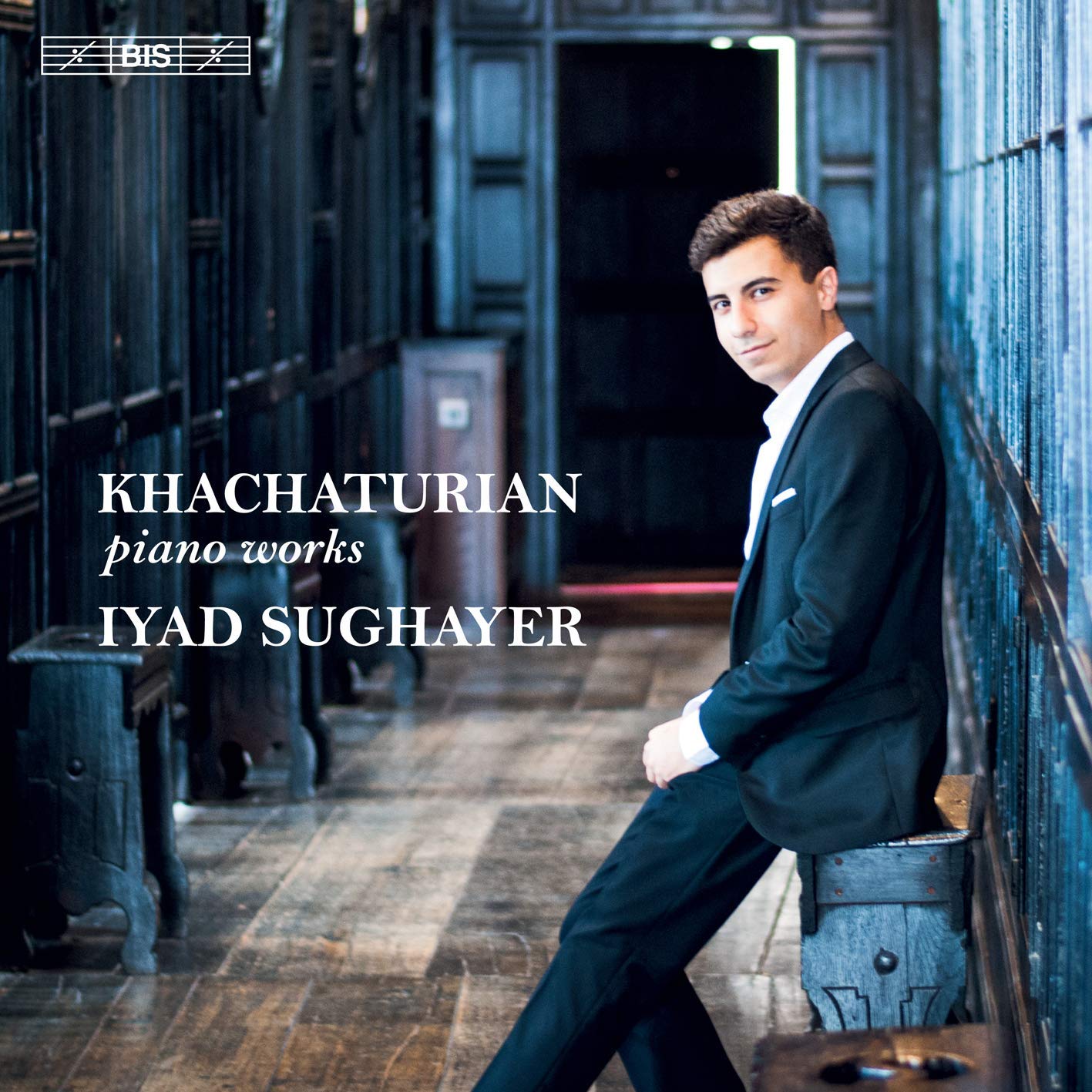 Apart from the ubiquitous Toccata and the Piano Concerto, championed and first recorded by William Kapell with Koussevitzky and the Boston Symphony in 1946, Khachaturian’s piano music has never achieved the popularity accorded that of his Soviet colleagues Prokofiev, Shostakovich or Kabalevsky. The latest of recent attempts to bring this relatively small but interesting body of music to a wider public is by the Palestinian-Jordanian pianist Iyad Sughayer. His new BIS release contains roughly half of Khachaturian’s catalogue of piano works.

Emil Gilels was among those who included the Piano Sonata in their repertories and it’s easy to understand why. It opens with an antic, almost circus-like atmosphere, played here with a compellingly bright sound and infectious rhythmic verve, before veering into more serious matters. In the calm of the prevailing Andante tranquillo of the Sonata’s longest movement, Sughayer evokes a desolate loneliness that seems particularly apt. The raw energy and motoric rhythms of the third movement are exhilarating and delivered with perfect clarity. The 1959 Sonatina seems a preliminary study for the larger, denser Sonata three years later, its simpler materials wielded with similar mastery.

The first of Khachaturian’s two Children’s Albums seems more akin to a Poulenc-inflected Kinderszenen than a distant relative of either For Children or Mikrokosmos. Sughayer approaches these 10 pieces with an emotional forthrightness and simplicity that allows their lyricism, seriousness and exuberance full rein. The earliest works on the programme, the Two Pieces (‘Waltz-Caprice’ and ‘Dance’) of 1926 and the ardently romantic 1927 Poem indicate that, though Khachaturian the composer may have been a late bloomer, he found his distinctive voice early.

The recorded sound of Sughayer’s Steinway is a little in-your-face, yet it seems appropriate for Khachaturian’s sonorous palette. Overall, Sughayer portrays Khachaturian’s affective extremes with a conviction that diverts attention from the not insignificant technical challenges involved. The inerrant focus of these performances reveals the folk origins of Khachaturian’s idiom to an extent sometimes obscured by his opulent orchestral writing. It’s a release that leaves one eager to hear Sughayer in other repertory while eloquently arguing that Khachaturian’s piano music deserves re evaluation as something more than teaching pieces.