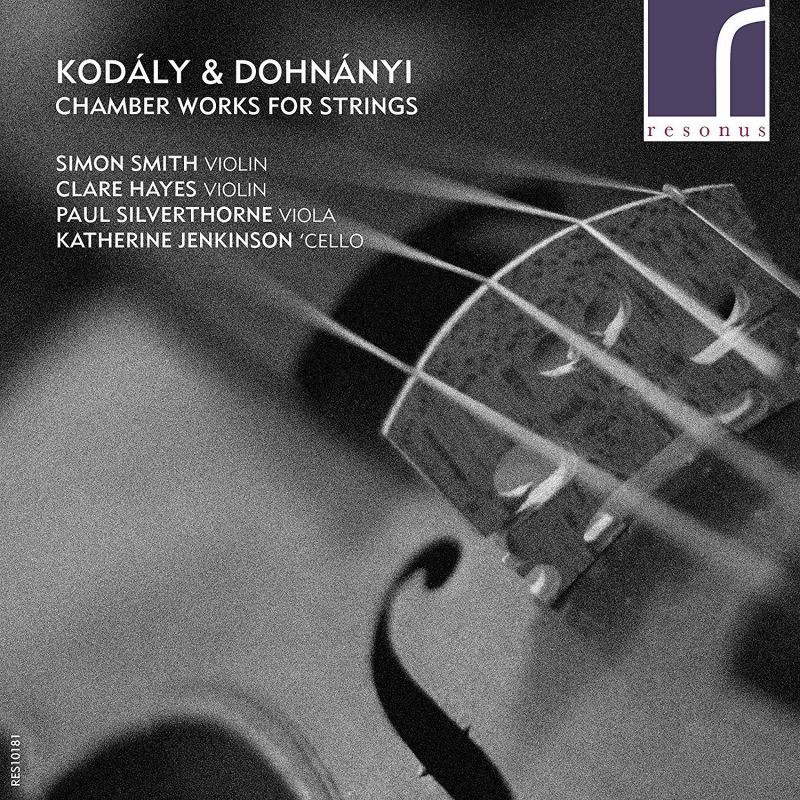 I’ll just say it: I don’t think any composer since the 18th century did fast, humorous finales more entertainingly than Ernő´ Dohnányi. Think of the Suite in F sharp, the Symphonic Minutes, the Sextet, Op 37, and the little zinger of a rondo that closes his Serenade, Op 10 – as if Dohnányi invited the spirits of Haydn and Brahms to a Budapest coffee shop and got them tipsy on pálinka. It’s a delicious finish to the brisk, zesty performance of the Serenade that ends this disc of Hungarian chamber music from four London-based string players.

They don’t appear to be a regular ensemble, and in fact it’s not entirely clear which of the two violinists involved is playing in what. Simon Smith heads the list, so presumably he’s playing first violin in the performance of Kodály’s Serenade for two violins and viola. The viola player is Paul Silverthorne, and he provides a satisfyingly sonorous bass – as well as taking an eloquent lead in the central ‘night music’ Lento. It’s easy to hear why this piece was so extravagantly praised by Bartók.

Presumably Smith is also the violinist in Kodály’s mighty Duo, Op 7, of 1914. It’s a work with a formidable recorded history, and this performance never quite sheds a slight feeling of instability, acquired in its opening bars. The contrast in tone between the gleaming violin and the mellow, warm-grained sound of Katherine Jenkinson’s cello is striking: the difference between ink and pastels. It’s very different from the full-beam intensity of, say, János Starker and Josef Gingold’s famous account, but not without its own quiet beauties – even if some of the portamentos sound a little cosmetic. This is goulash from the tourist menu, rather than straight from the cauldron and scalding your mouth. But it still tastes good.