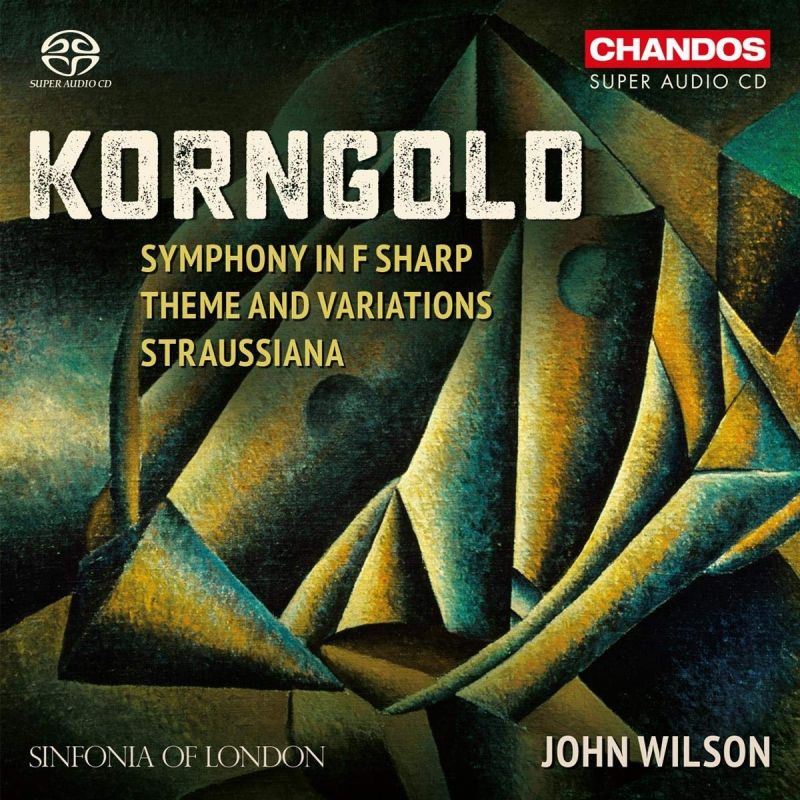 Rumours have been circling for a while of a hush-hush project from John Wilson; of a new super-orchestra hand-picked from the cream of the UK’s orchestral players. Now here it is: a radiant new recording of Korngold’s orchestral music with an all-new Sinfonia of London, led by Andrew Haveron.

And? Well, for starters, put aside any expectation of the Technicolor studio sound that Wilson draws from his other orchestra (the one that carries his name). Wilson has always been clear that he’s interested primarily in the appropriate colour for any given repertoire, and for this Austrian-American exile symphony he evokes a great post-war US orchestra – the weighty, satin string tone, the skyscraping brass and questioning woodwinds that you might find on a 1950s Chicago or Philadelphia disc, though Chandos captures a much mellower general ambience.

And then Wilson runs with it, in one of the most athletic performances of this symphony on record – closer in spirit to Kempe than Previn, but considerably faster than either (even without Kempe’s cuts). Rhythms are springy and purposeful; the great Adagio really strives, as well as sings, and I’ve rarely heard it probe deeper. Every phrase speaks; textures are translucent and detailed (even at the dizzying speed of the Scherzo), and the string sound glows from within, with portamento very much at the service of expression. Wilson clearly sees Korngold’s Symphony (rightly) as part of the Viennese classical tradition.

The result is both gripping and sincerely moving; and the two short, sad sweet late works that follow the symphony – written by Korngold for amateur orchestras – receive the same whole-hearted commitment and loving care for colour and style. Stirring, thought-provoking and superbly played, this disc is a tonic. Let’s hope it’s not a one-off.