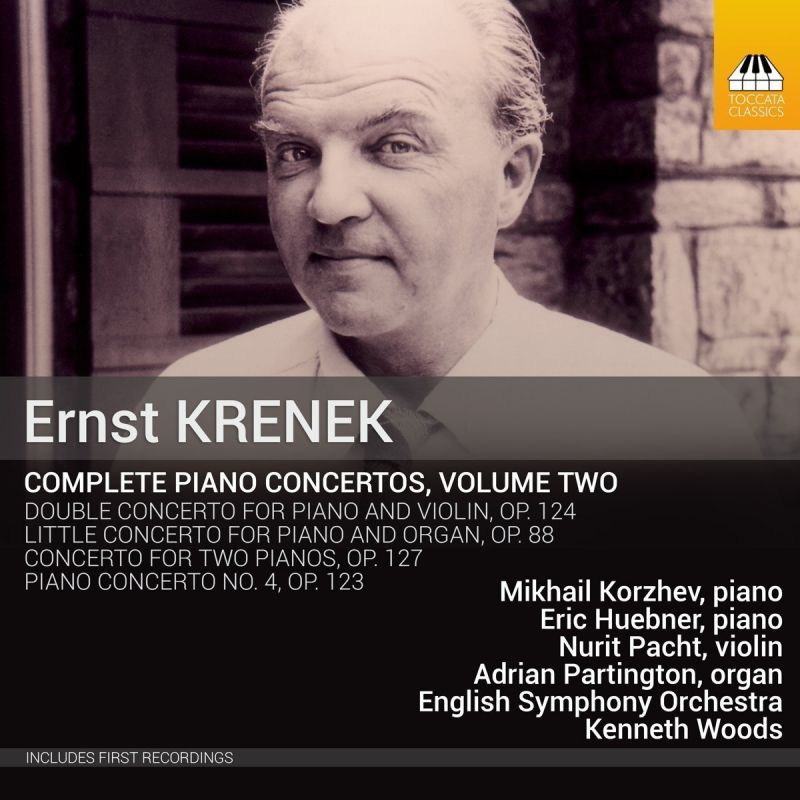 There are still sceptics who cling to the notion that an atonal melody is a contradiction in terms. Such diehards would meet an elegant riposte with the opening of Krenek’s Fourth Piano Concerto (1951): angular in shape, yes, but hardly more so than a minor-key quartet melody of Haydn, and developed with a comparable, resourceful invention. The opening percussive shimmer has become a cliché of contemporary British composers but Krenek demanded more from himself. Within its cosmopolitan, mid-century, mid-Atlantic idiom, this music is always heading somewhere with a purpose, underpinned by a thoroughgoing Austro-German understanding of harmony and counterpoint, tension and breadth, cause and effect. Émigré Schoenberg and Bartók offer points of orientation but the more eclectic, jazz-influenced Krenek surfaces halfway through the Fourth’s nocturnal Adagio, in winding countermelodies for clarinet and trumpet that could have been written for Benny and Dizzy.

Ländlers, marches and waltzes are the stuff of the less ambitious, more suite-like constructions of the double concertos as they shift between affection, irony and even savagery. For all its evident challenges, Krenek’s solo writing always sounds pianistic in the hands of Mikhail Korshev, whose touch is necessarily robust but not clangorous in spiky dialogue with Nurit Pacht’s violin and afforded plenty of resounding space by the recording in the Wyastone Leys concert hall. I’ve only praise, too, for the supporting energy of Kenneth Woods and the English Symphony Orchestra, who play with the conviction that this is music worth believing in.

Double Concerto for Violin and Piano

Little Concerto for Piano and Organ