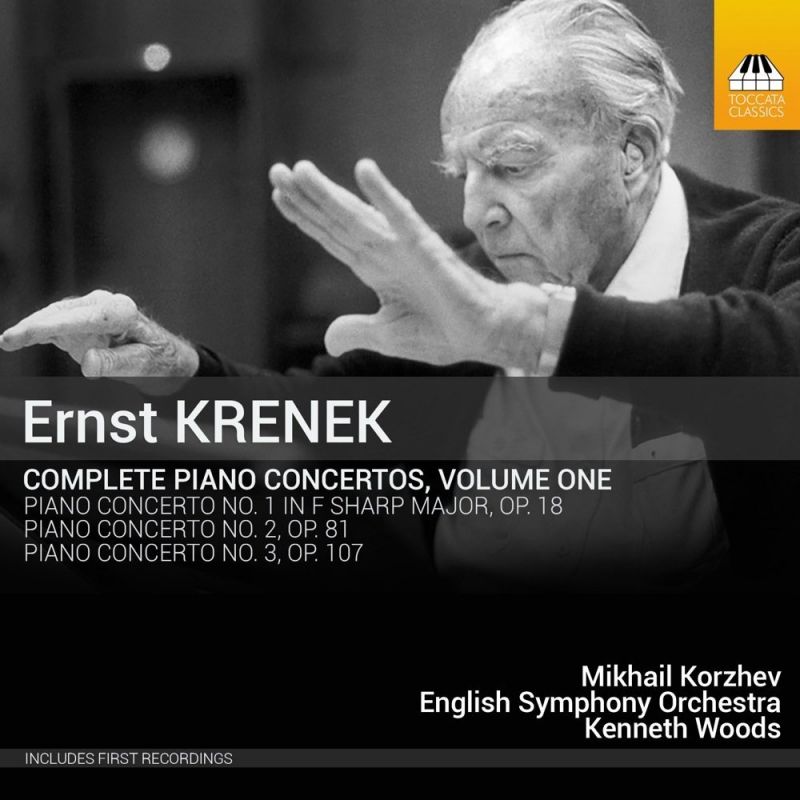 Composers born in 1900, such as Aaron Copland, Kurt Weill and Ernst Krenek, were in the front line of those who, in the 1920s, needed to respond to the diverse challenges of the great modernist pioneers – Schoenberg and Stravinsky in particular. The Class of 1900 followed Schoenberg and Stravinsky in seeking to retain a radical core without taking the avant-garde route to ephemerality and inaccessibility – and none more so than Krenek, whose journey from Imperial Vienna to California (where he died in 1991) paralleled his musical evolution from the questing progressiveness of his youth to something more pragmatic, even postmodern, in the years after 1945.

Within a catalogue of close to 250 works, Krenek’s first three piano concertos – Nos 1 and 2 recorded here for the first time – fit this profile neatly enough. No 1 (1923) is brashly youthful in some ways – even a bit slapdash – but also has substance, with plenty of boldly projected, rather Hindemith-like harmony and counterpoint. Clear-cut rhythms and melodic shapes signify Krenek’s determination to avoid excessive complexity; and when he adopts the 12 note technique, as in the Second Concerto (1937), his affinity for Schoenberg-like allusions to Baroque textures and Classical forms keeps the music’s feet on firmly communicative ground. Energetically characterful, the more economical Third Concerto (1946) has comparable virtues: the lively interplay of solo and orchestra is the result of designing the work to be directed by a piano-playing conductor.

These well-sprung performances benefit from the sharply focused acoustic of the Wyastone Concert Hall. Conductor Kenneth Woods might occasionally have lightened textures and adopted brisker tempi – for example, in the Second Concerto’s second movement. But with a forthright and eloquent soloist in Mikhail Korzhev, there’s no mistaking the edgy fervour of Krenek at his best. Well-judged booklet essays add to this disc’s appeal.