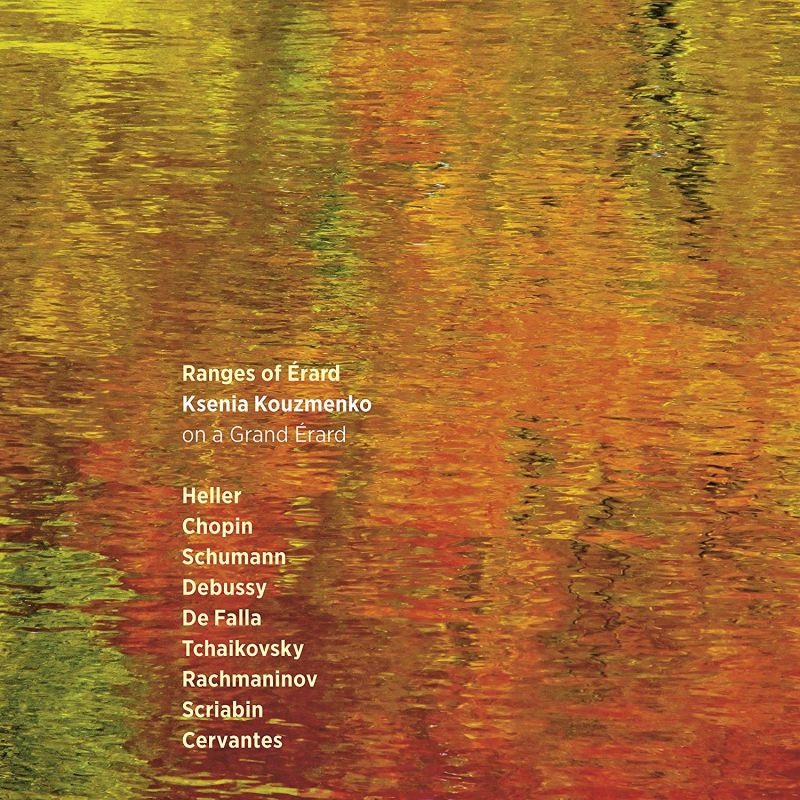 A native of the Belarusian capital Minsk, Ksenia Kouzmenko studied there and at the Royal Conservatory in The Hague, where she has been on the faculty since 1999. In her booklet note, Kouzmenko writes that her first exposure to a historical Érard was preparing for a 2017 concert on the 1863 London instrument used in this recording. The piano, from the estate of Leen de Broekert, is on loan to the Zeeland Concert Hall in Middelburg.

Kouzmenko’s programme is wide-ranging, both chronologically and geographically. The earliest piece on the programme is Chopin’s Nocturne Op 32 No 2 from 1836, and the latest a transcription Manuel de Falla made from the 1925 version of his ballet El Amor brujo. It is readily apparent that Kouzmenko has mastered this historical Érard and happily exploits its expressive potential.

One standout is the Schumann Intermezzo, which showcases how effectively a beautiful cantabile can float above complex textures on this vintage Érard, as well as the extraordinary clarity it can bring to the accompanying voices. Another is Kouzmenko’s idiomatic Debussy. The Préludes she has chosen fit the instrument like a glove.

Some of Kouzmenko’s programming choices give pause for thought. Why Chopin, for instance, whose first allegiance was to Pleyel’s instruments, over Liszt, so famously identified, both personally and professionally, with the House of Érard? And while Érards were certainly to be found in St Petersburg and Moscow, why are three Russian composers included when room is found for only a single Frenchman? And although Strasbourg-born Sébastian Érard made his reputation in Paris, his London factory was producing pianos from the 1790s. In lieu of the little throwaway pieces by Heller and Cervantes, why not something of a British composer?

But these are quibbles about what this disc isn’t. What it is constitutes a well-recorded, personally conceived programme, artistically played on a beautiful instrument. And what’s not to like about that?