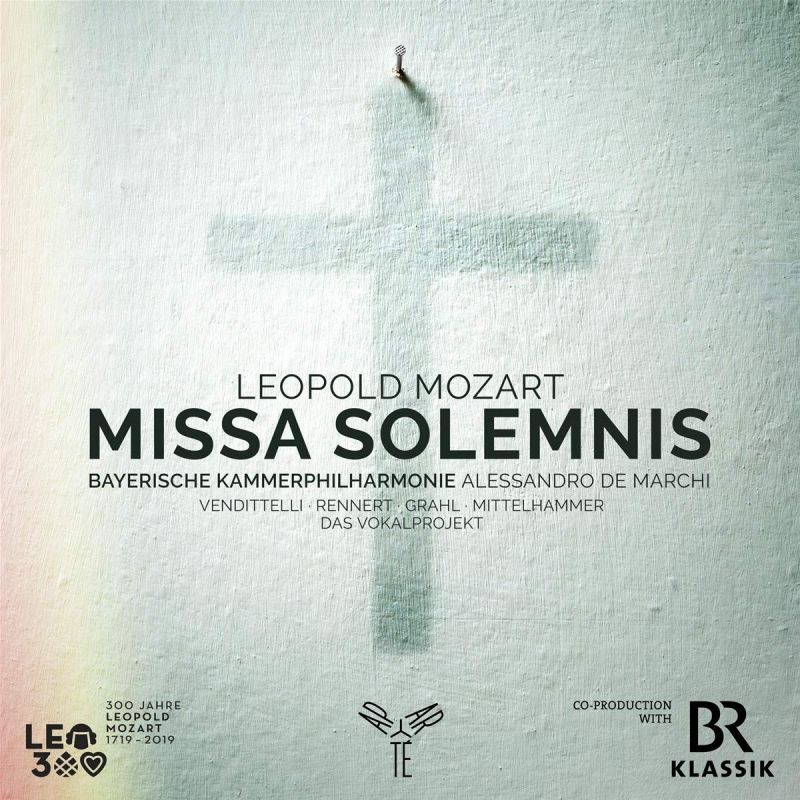 Respect for Leopold Mozart seems often to be given grudgingly. His achievements include a major treatise on violin-playing and the bringing-up of his two prodigy children. Against this is set a perceived control-freakery and the stifling of his son’s talent and ambition. It’s often all but forgotten that he was a composer in his own right, a longtime (and sometimes loyal) musician in the service of the archbishops of Salzburg and creator of music in a range of genres, including a considerable handful of works for church use.

One such is this substantial Missa solemnis – not, as advertised, the work formerly attributed to his son as K115. That’s a Missa brevis, unfinished and scored for choir and organ, and pervaded by the terse counterpoint of the stile antico. This, though, is a large-scale piece with orchestral accompaniment, lasting over three-quarters of an hour and alternating choral writing with extended, if rather chaste, arias and ensembles for the soloists. It’s easy to see how it might be mistaken for a work by Mozart fils: bar a certain melodic ordinariness, it boasts a harmonic richness and variety of Affekt that were characteristic of the string of Masses that Wolfgang wrote for Salzburg. The muted trumpets and timpani of the ‘Crucifixus’ are a dead ringer for the 12-year-old’s Waisenhaus Mass, K139. Moments, however – such as the almost Handelian trilling horns and high trumpets at the opening of the Gloria, or the clarino trumpet-writing at ‘Et in Spiritum’ – give away that it is the product of a composer of the previous generation: Leopold was born in 1719, although you’ll search long and hard for the festivities marking his tercentenary.

The performance is fine, with attentive singing from the youthful, 24-strong Vokalprojekt. The soloists are adequate, if occasionally taxed by some awkward writing in an unfamiliar work. A fairly prominent harpsichord adds a sparkle to the sound of the Bavarian Chamber players. The sole previous recording is now almost 40 years old and is long since deleted but could boast Arleen Auger among its soloists (Koch Schwann). This new disc is a worthwhile and highly satisfying replacement.