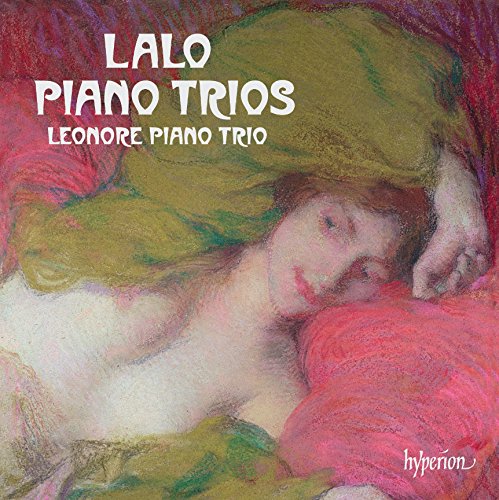 The spirits of both Mendelssohn and Schumann haunt Edouard Lalo’s three piano trios. In the third of them there is also a hint of something weightier in the manner of Brahms, but none of them reveals any vestige of influence from Lalo’s native France.

Lalo is principally known these days for his five-movement Symphonie espagnole, a violin concerto that capitalises on his own knowledge of the instrument as violinist in the Armingaud Quartet, which was at the forefront of reviving France’s interest in chamber music from the mid-1850s onwards. As these luminous performances of the piano trios reveal, Lalo looked to Germany for his inspiration at a time when there was not much in France to be inspired by in the realms of chamber music.

But the influences are lightly worn: nods to Mendelssohn and Schumann in terms of gesture, texture and melodic contour – as, for example, in the song-without-words-like slow movement of the First Trio in C minor – can be heard coursing through this music, but there is something of Lalo’s own in the lightness of touch, the elegance and what his biographer Georges Servières called the ‘chaste tenderness free of sentimentality and a burning passion relieved of unwholesome eroticism’. The burning passion is ignited more in the third of the trios than in the other two, and it is something that the Leonore Trio harness to striking effect. The suavity of playing is another key factor in lending all three trios the polish and panache that they merit.