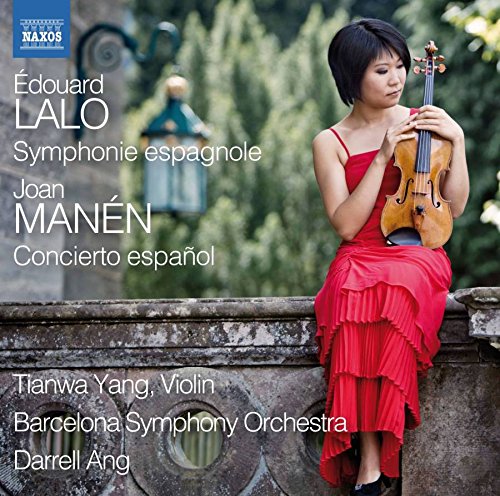 The Chinese violinist Tianwa Yang, primarily known and acclaimed for her Naxos discs of Sarasate, struggles here to make much of the Concierto español (Concerto No 1) by Joan Manén (1883-1971). Composed in 1898 and revised in 1935, the concerto falls back on familiar Spanish inflections for its colour. Manén, himself a noted virtuoso, does not stint on technical demands, which Yang executes with cool efficiency and incisiveness but without much variety of timbre.

There are, however, moments in the music that promise more in the way of harmonic interest, as if Manén, suddenly under the influence of turn-of-the-century France, had bolted some passages of sultry chromaticism on to a fairly conventional score. Although the central lament is quite beguiling, more could perhaps be made of these potentials for tonal shading by the Barcelona Symphony Orchestra under Darrell Ang and by Yang herself, but in truth it would challenge even the greatest of interpretative minds to make the concerto consistently compelling.

Still, it seems to be the only recording of it currently available, whereas Lalo’s Symphonie espagnole has dozens of exponents, not least Renaud Capuçon, whose vibrant performance with the Orchestre de Paris under Paavo Järvi came out last year. In this new one Lalo’s orchestration sometimes sounds lumpy, but that is largely Lalo’s fault and in general Ang coaxes out what finesse it possesses. Yang also finds more inspiration here than in the Manén: if she seldom actually touches the heart, her tone and technique are deftly deployed.