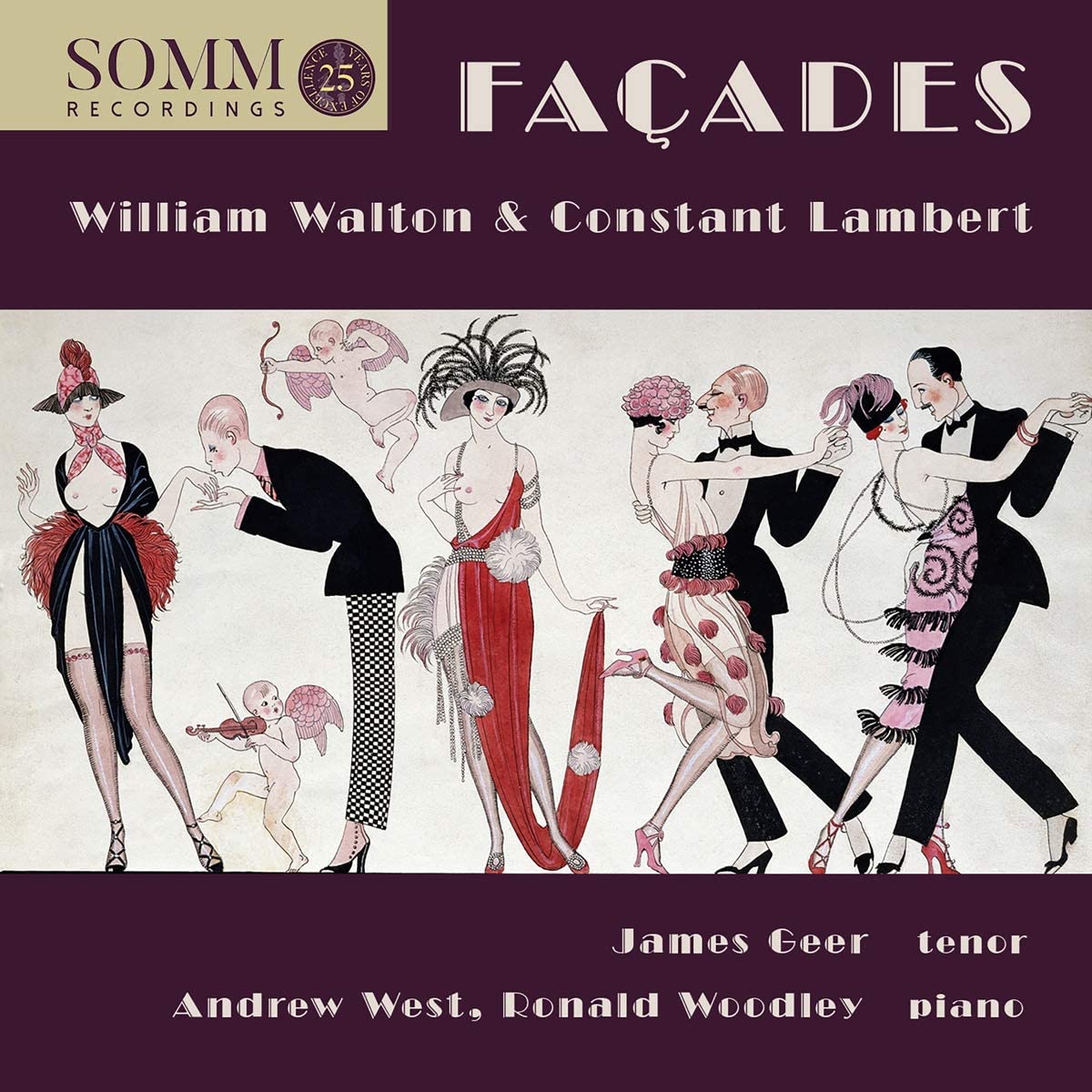 Walton’s association with the Sitwells, who took the young composer under their familial wings in the 1920s after he left Oxford empty-handed, is well known, particularly because of his collaboration with Edith Sitwell in Façade. Sitwell’s participation as reciter in Façade is also well known, but the role of Constant Lambert in the popularisation of Walton’s first significant foray into modernism is less well acknowledged. And yet, had not Walton undertaken the task of writing music for Sitwell’s innovative poetry, Lambert might well have taken on the job himself. As time went on, Lambert became established as the reciter for Façade and he continued to take a special interest in the future of Walton’s work.

Indeed, Façade more or less became a symbol of the close friendship between the two men and Walton frequently admitted that he sorely missed his ‘old pal’ after Lambert’s death in 1951. Lambert played a major part in the now familiar orchestral suites (consisting of 11 movements), especially the second, which only came together in 1938. What is more, not only did Lambert contribute to the decision of which movements to include, but he also orchestrated four of the six movements which became the Second Suite, and it was Lambert moreover who, as an accomplished pianist himself, made the piano duet arrangements which appear on this recording, crisply and sympathetically rendered by Andrew West and Ronald Woodley. Beautifully conceived for four hands in terms of texture and idiomatic fluency, these transcriptions have much in common with the resourceful ‘white-note’ studies of Lambert’s Trois Pièces nègres pour les touches blanches composed in 1949, miniatures designed only to be played on the white keys of the piano. These are also performed with an empathy and stylistic awareness (especially the final ‘cake-walk’ movement).

The rest of the album is devoted to a variety of vocal music produced by the two composers, much of it connected with the neoclassical world of Façade so colourfully imbued with jazz, dance rhythms, national dance types and popular song. Although Lambert’s output was more unequal than Walton’s, he was, at his best, a composer of prodigious ability, which Diaghalev recognised in the 1920s with the ballet Romeo and Juliet and which shone even more brightly in The Rio Grande after its astonishing premiere in 1927, the epoch’s most dazzling hybrid creation. The post-Satie world of Lambert’s Li Po songs, written between 1927 and 1930, is compellingly chaste and charmingly enigmatic in James Geer’s hands.

The selection of Walton’s songs, a much neglected part of his output, is representative of a somewhat broader stylistic base than Lambert’s more acerbic, more Stravinskian propensity. The 1918 setting of Swinburne’s ‘The Winds’ reminds us of Walton’s extraordinary teenage talent (one spotted by an ever-vigilant Parry), but the lovely setting of Sitwell’s ‘Daphne’ of 1926, wistful and delicate, provides further glimpses of Walton’s Façade-like mentality, one that was still evolving after the first appearance of the work in 1922. ‘Under the Greenwood Tree’ (for the film production of As You Like It in 1936) and ‘Beatriz’s Song’ (for Louis MacNeice’s radio play Christopher Columbus in 1942) are also delightful examples of Walton’s affinity for Tudor pastiche.

Under the Greenwood Tree