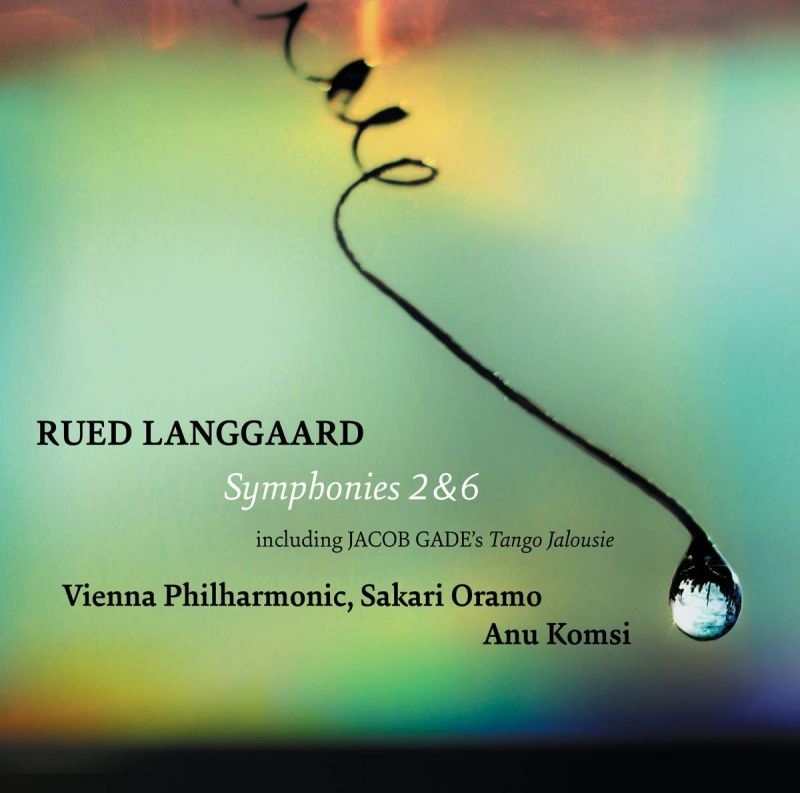 The follow-up to their impressive showing in Per Nørgård’s First and Eighth Symphonies (8/14) finds Sakari Oramo and the Vienna Philharmonic taking on two contrasted works by Rued Langgaard that illuminate this composer in all his stylistic diversity and recklessness.

Coming soon after his ambitious debut in this genre, Langgaard’s Second Symphony (1914) is the most directly appealing of the cycle: an expansive though never unfocused study in a Romanticism centred on Schumann and Strauss. Such an idiom should be in this orchestra’s blood and the VPO do not disappoint – whether in the lyrically effulgent initial movement, with its discreetly modified sonata form, or the lithe finale whose setting of Emil Rittershaus duly crystallises the music’s essence and is eloquently rendered by Anu Komsi. Yet it is the central Lento that leaves the strongest impression – its paraphrases (rather than variations) on a Danish Christmastide hymn unfolding with rapt inwardness, before being thrown into relief by the unworldly quality of an interlude (6'42") which anticipates disquieting visions ahead.

Not least those to be found in the Sixth Symphony (1920), its apocalyptic imagery conveyed via Langgaard’s most resourceful (rather than merely eccentric) design: a ‘quasi una fantasia’ whose five variations on the opening theme, presented in ‘light’ then ‘dark’ variants, cohere as a single-movement structure precisely because of the emotional tension generated. Oramo again gives expressive rhetoric its head more readily than the overt incisiveness favoured by Thomas Dausgaard, the monumental heft of Neeme Järvi or the tensile and rough-edged account from John Frandsen (currently in a two-disc set of pioneering performances that remains an excellent introduction to Langgaard). Nor does momentum falter going into the coda, where the forces of good and evil collide in a peroration more thrilling for its theatrical immediacy.

A mandatory purchase for its interpretative insights, committed playing and tangibly realistic sound. Dacapo adds the rapturous second movement from Langgaard’s 14th Symphony and a suave tango as is also the most played Danish piece. Oramo tackles its solo part with aplomb.