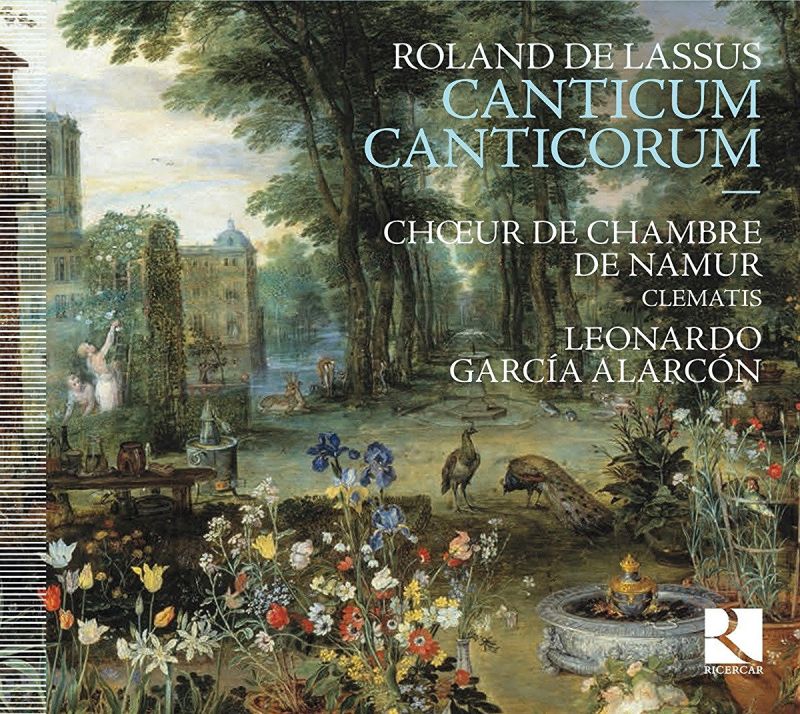 Unlike Palestrina, Lassus didn’t devote an entire publication to the Song of Songs, that book of the Bible whose origins in erotic poetry set it apart from other sacred texts; but, all told, there’s enough music to fill several CDs. This recital contains no fewer than eight motets for various scorings, the most famous of which is probably the eight-voice Osculetur me, of which The Tallis Scholars gave a memorable account many years ago (Gimell, 7/89). The Namur Chamber Choir match the variety of Lassus’s scorings by teaming up with the instrumental ensemble Clematis (which consists of bowed strings, lute and cornett), to which they add their in-house organist. This results in an intimate sound with plenty of bloom when called for (as in the six-voice Vulnerasti cor meum), though at times the consistent doubling of voices and instruments thickens the texture a touch more than would be ideal (as in the two five-voice motets). In line with its past discography, the choir on its own is rather soft-centred. Its account of Osculetur me is more languid than The Tallis Scholars’, making for an effective alternative. There are more incisive approaches to Lassus, certainly, but at its best this is a rewarding addition to the discography.

My only regret is that the programme has not stuck more closely to its title. Lassus based Mass cycles on three of these motets, and it would have been logical to choose one of these to complete the disc. (Given their fine account of its model and its contrast with The Tallis Scholars’ account just mentioned, the Mass on Osculetur me naturally suggests itself, and to my knowledge neither of the others has been recorded.) Instead we get the Missa Susanne un jour, which is already serviceably represented in the discography and has no discernible connection to the Song of Songs (quite the opposite, in fact). It’s a strange choice, as a consequence of which the recital feels strangely unresolved.