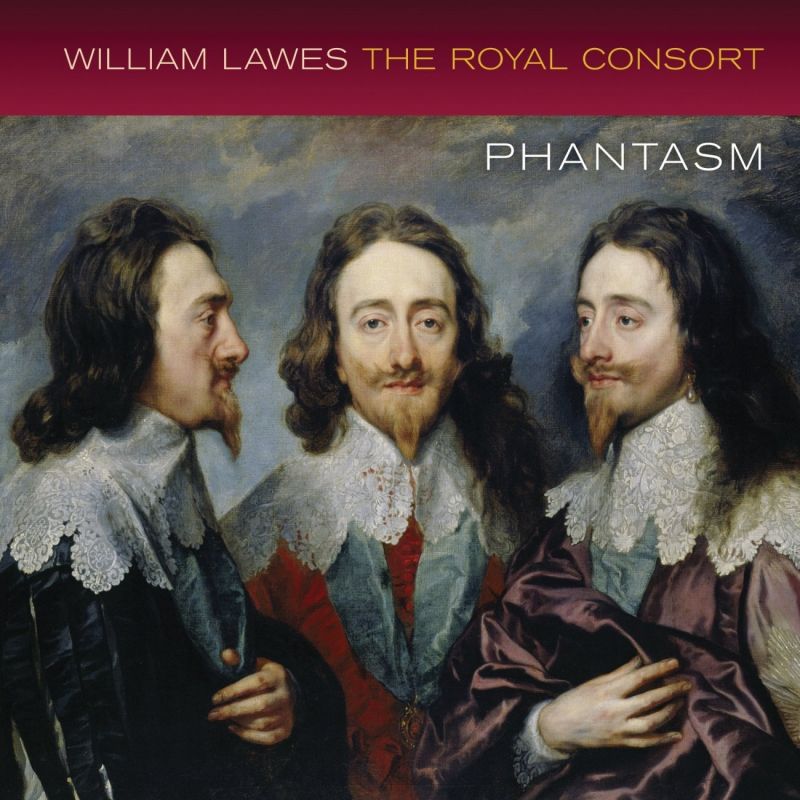 William Lawes’s 10 Royal Consort sets (or suites) were probably composed for the Caroline court during the 1630s. Unswerving royalist loyalty cost him his life at the Siege of Chester in 1645, but not before he had made six-part rearrangements for two violins, bass viols and theorbos. This later version has an eminent discography but Phantasm instead present the first complete recording of the original pieces for four-part viol consort and theorbo. Performer-scholar Laurence Dreyfus begins his 14-page booklet essay in bold fashion: ‘One mustn’t mince words. To put it frankly, this is one of the greatest collections of ensemble dance music ever composed.’ He argues that Lawes’s sets are on a par with Bach’s Orchestral Suites and Rameau’s ballet music but criticises that the later expanded versions ‘offer a clear case of how artists can spoil their work by an excess of fussing’.

Phantasm’s playing brims with imaginative fantasy and dance-like momentum, although from time to time Lawes’s unpredictable liberties with irregular phrase lengths would not have suited actual dancers (eg an Aire and Corant at the core of Set No 7). Every shift in imitative contrapuntal detail, rhythmical emphasis and melodic direction serves a conversational discourse between the pair of treble viols (Dreyfus and Emilia Benjamin) and the tenor and bass viols (Jonathan Manson, Mikko Perkola and Markku Luolajan-Mikkola); Elizabeth Kenny’s theorbo continuo realisations are a model of tasteful clarity. Concise individual pieces often display rare sophistication, such as the seemingly floating Paven that begins No 9 and a song-like Galliard in No 2. A vividly accentuated ‘Morriss’ folk dance follows hot on the heels of an elegant Corant (No 6) without any hint of formulaic articulation. Strong doses of Jacobean melancholy are abundant in a few longer pieces such as the Paven in D minor that starts No 2; this is one of several pavans that quotes from Dowland’s Lacrimae but the inclusion of an extra short set for four-part viols dating from earlier in Lawes’s career suggests that Dowland’s influence cast a subtler shadow later on. A pleasing broadening of textures is injected into this beguiling survey by the additional tenor violist Emily Ashton and organist Daniel Hyde in some denser six-part sets that could not be squeezed on to Phantasm’s 2012 recording of Lawes’s Consorts to the Organ (2/13).

3 Consorts to the Organ