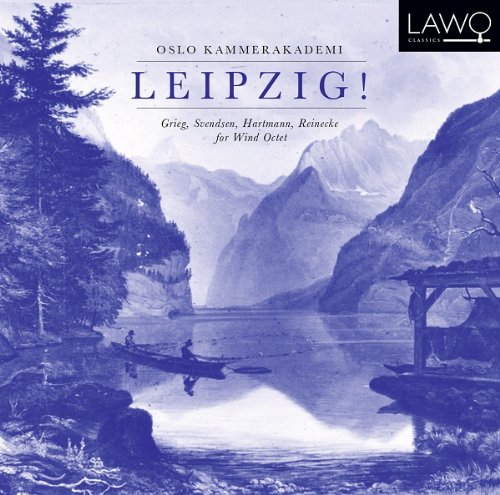 When is an octet not an octet? When, as here, the flute, oboe and pairs of clarinets, horns and bassoons are joined by a double bass, doubling the bassoon line in good 19th-century practice. The Hartmann and Reinecke octets were not written with the string part specified, while the Grieg and Svendsen works are given here in new arrangements for the nine players by Trond Olaf Larsen.

The four pieces of Grieg’s Lyric Suite started out life among the six piano movements of the fifth volume of Lyric Pieces, completed in 1891, but three years later Anton Seidl orchestrated four of them as a Norwegian Suite. Grieg produced his own, more refined orchestration in 1904, replacing the opening ‘Bell-Ringing’ with ‘Shepherd Boy’. Larsen’s arrangement is a delightful composite of Grieg’s and Seidl’s.

Indeed, delight is the watchword throughout this engaging programme, superbly played by the Oslo ensemble. The group’s playing shows a beguiling lightness of touch with no loss of gravity where it’s needed. Larsen’s arrangements suit the music neatly, Svendsen’s Norwegian Rhapsody (1876) sounding as naturally in this format as Emil Hartmann’s gentle Serenade (1887) and Reinecke’s fine Octet (1891 92). This last is the only work in a truly classical-abstract vein, conforming to the conventional sonata genre as typified by a string quartet or wind quintet, and is none the worse for that. Reinecke deserves more attention that he receives nowadays, being more than the pedant who taught in Leipzig (where the others studied) for half a century. Superb sound.