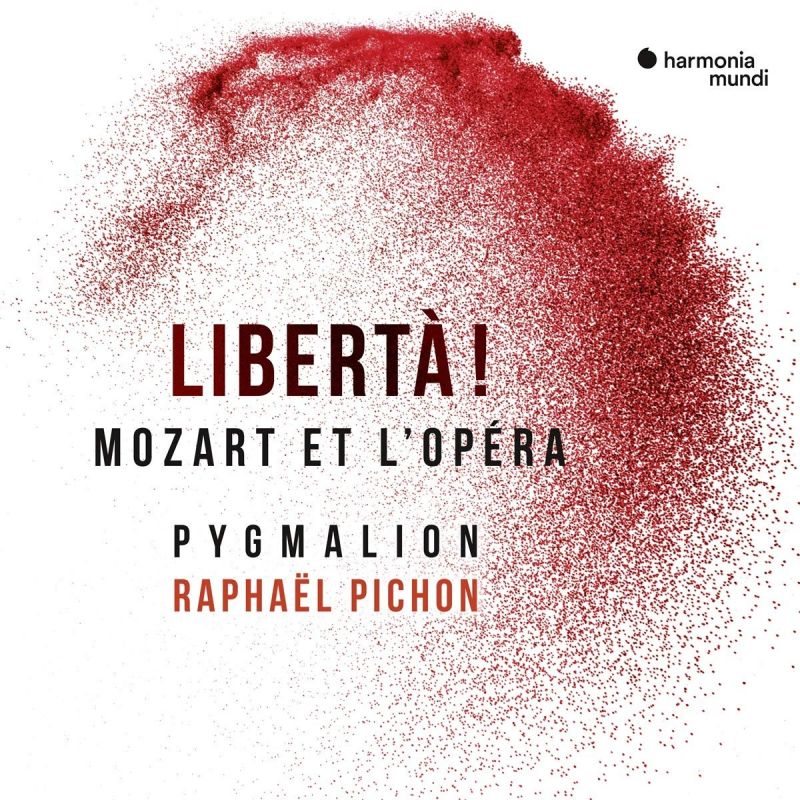 Are upmarket compilations becoming a trend? An early example is Marc Minkowski’s Rameau disc ‘Une symphonie imaginaire’ (Archiv, A/05). When Raphaël Pichon’s ‘Enfers’ came out (Harmonia Mundi, 5/18), I suggested that listeners ignore the ‘Mass for the end of time’ programme and simply enjoy the miscellaneous excerpts from operas by Rameau and Gluck. I’m tempted to say the same about this Mozart set while recognising that, as with ‘Enfers’, Pichon has planned it with care. It is, I hasten to add, beautifully performed and thoroughly enjoyable.

What Pichon has done is take the alternative titles of the three da Ponte comedies and produce inexact parallel versions, drawing mainly on works composed in the 1770s and early 1780s: unfinished operas, concert arias, and arias written for inclusion in operas by other composers. It doesn’t always quite work, from a musical point of view: the Figaro character in ‘The Crazy Day’ is Bocconio from Lo sposo deluso, not a servant but a foolish old man like Don Pasquale or Strauss’s Sir Morosus. On the other hand, an adaptation in Latin from Thamos, König in Ägypten does suit Divine Justice, the Commendatore figure in ‘The Debauchee Punished’. And one could imagine Don Alfonso uttering the sentiments of the Old Philosopher in ‘The School for Lovers’. But, again, the musical idiom is different. ‘Männer suchen stets zu machen’, a sketch completed here by Pierre-Henri Dutron, must surely have been intended for Ludwig Fischer, Mozart’s Osmin in Die Entführung.

I don’t mean to carp. The three overtures go with a swing, the fiery Thamos being especially suitable for ‘The Debauchee Punished’. Of the more familiar items, ‘Bella mia fiamma … Resta, oh cara!’ is confidently sung by Siobhan Stagg as she steers her way through the rock-strewn waters of Mozart’s angular vocal line; Serena Malfi’s warm mezzo tone is particularly touching in the gentle second stanza of ‘Vado, ma dove?’. In the coloratura of ‘No, che non sei capace’, an aria that Mozart wrote for his sister-in-law Aloysia Lange, Sabine Devieilhe is simply dazzling. John Chest relishes the words in the buffo ‘Dove mai trovar’, and in ‘Così dunque … Aspri rimorsi’, probably written for Fischer, Nahuel di Pierro is splendidly impassioned.

Pichon has included music by some of Mozart’s contemporaries. Linard Vrielink sings sweetly in the serenade from Paisiello’s Il barbiere di Siviglia, an aria to which Cherubino’s ‘Voi che sapete’ owes a considerable debt. A delightful surprise is the sextet from Martín y Soler’s Una cosa rara, the very piece that Mozart quotes in the supper scene in Don Giovanni. Whether or not you go along with Pichon’s meta-operas, this is an excellent selection that shows Mozart preparing for the three comic masterpieces.