A ‘memory’-themed programme from Isserlis and Adès 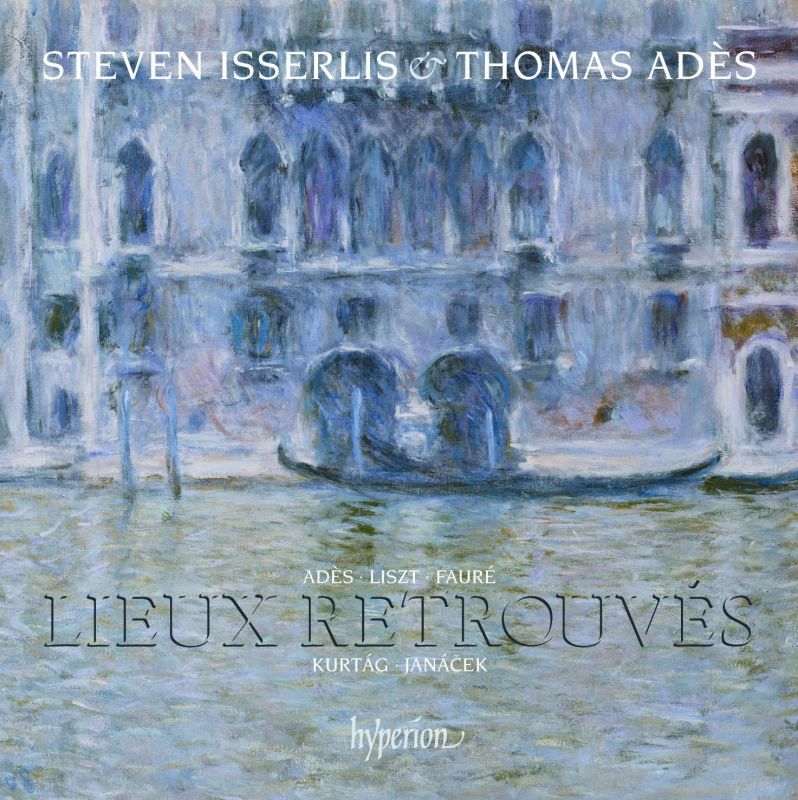 This blissfully unhackneyed and brilliantly executed recital takes memory in all its facets as its theme, and the highlight is the first recording of Thomas Adès’s own 2009 four-movement suite for cello and piano. Inspired by an instrument that, as the composer says in the booklet, is unrivalled in its ability to suggest a ‘haunting sense of time and place’, Lieux retrouvés steps aside from the relatively lush sonorities and expansive designs of such recent orchestral works as Tevot and Polaris to revisit the concentrated allusiveness and memorably disconcerting blend of the ironic and the nostalgic that distinguish some of his earlier chamber pieces.

Though entirely of our own time, Adès’s music is never entirely alienated from the romantic regretfulness heard in the three pieces by Liszt with which the programme begins: a song without words (Romance oubliée derives from a much earlier vocal piece) and a pair of miniature tone-poems, the second Liszt’s evocation of the kind of funeral gondola that conveyed the corpse of his son-in-law Richard Wagner to the railway station in Venice for onward transmission to Germany and burial at Bayreuth in 1883.

Following Liszt with Janáček’s three-movement ‘fairy tale’, written in 1910, then revised and finally published in 1924, underlines the changes that were taking place around the turn of the century as composers thought about how best to move with the times; how much to conserve and how much to innovate. In Pohádka, Janáček’s constantly shifting perspectives combine with obsessive repetitiveness, and both aspects come across with maximum spontaneity and alertness in this performance.

The disc’s most sustained celebration of musical tradition comes in Fauré’s Second Cello Sonata, though its date – 1921 – reinforces the sense of a romanticism that seems almost despairing in its desire to recapture that world of uninhibited feeling that had been under sustained attack since the 1890s and which, after the First World War, could only survive if it offered a plausible alternative to the abrasiveness of Stravinsky and his French supporters. Isserlis and Adès have the measure of the music’s fervent lyricism, which means they avoid any temptation to exaggerate or underplay it. They also do justice to the more solemn qualities of the central Andante, a transcription of a Chant funéraire which Fauré had composed earlier in 1921 to mark the centenary of Napoleon’s death. The framing movements, a sonata Allegro and a scherzo-like finale, contain strong contrasts without ever losing their essential momentum, and confirm that even in the 1920s musical classicism still had plenty of life left in it – at least when the contribution romanticism had made to extending its expressive range and formal flexibility was duly acknowledged.

After Fauré’s expansiveness, the often sparse lines and ultimately evanescent economy of Kurtág’s four miniatures, which range in date from 1984 to 2010, encapsulate the imaginativeness of this recital’s probing juxtapositions and alignments. The first of the four is also the most recent, Kurtág’s affecting tribute to Steven Isserlis’s late wife, Pauline Mara; and the sequence as a whole, with its brooding introspection, provides the perfect background to Adès’s much more extrovert but no less intense blending of technical sophistication and expressive directness.

From what could easily be taken for Adès’s very personal response to the fractal rhythmic processes found in Ligeti’s piano studies, Lieux retrouvés evolves though a sequence of highly inventive textures. First, in ‘Les eaux’, the watery imagery begins to suggest itself mainly through the repetitive flowing patterns in the piano part, which counterpoint a sustained modal melody in the cello. But expansion and destabilisation are soon brought to bear, and with the tension comes the increasing energy evident when the cello first adopts the piano’s regular flowing motion, then begins to diversify it both rhythmically and harmonically. In the final stages of the movement, the sustained cello melody returns but in a much higher register and set against a more ‘spaced-out’ accompaniment; the movement ends with an assertion of difference: a terse cello cadence, while the flowing piano part drains away in the instrument’s lowest register. The next movement, ‘La montagne’ (The Mountain), is marked Tempo di Promenade but the cello’s initial steps are anything but regularly paced and the music evolves into intricate contrapuntal interactions that suggest two mountaineers struggling to maintain their equilibrium. It seems as if the climb will end in contemplation of a rarefied summit but a sudden chordal descent brings the duo down to earth with a vengeance (representing, says the booklet, ‘the defiant planting of a flag’, not a catastrophic fall!).

‘Les champs’ (The Fields) evokes wide-open spaces in a very different spirit, with gentle, arching lines that also gradually ascend to dizzy heights – and this time there is no final descent. Instead, it’s left to the finale to depict ‘La ville’ (The Town) as the location for the sustained virtuosity of a ‘Cancan macabre’. This is an abrasively sardonic yet exuberant parody of Offenbachian high jinks, more redolent of urban vulgarity than pastoral sublimity. The performance’s sheer panache is as persuasive as the tonal refinement preceding it, and the recording throughout gives the players all the space and atmosphere they need to characterise the varied moods and textures of an unusually rewarding programme.

For Steven: In Memoriam Pauline Mara

Sonata for Cello and Piano No. 2