Lines Written During a Sleepless Night 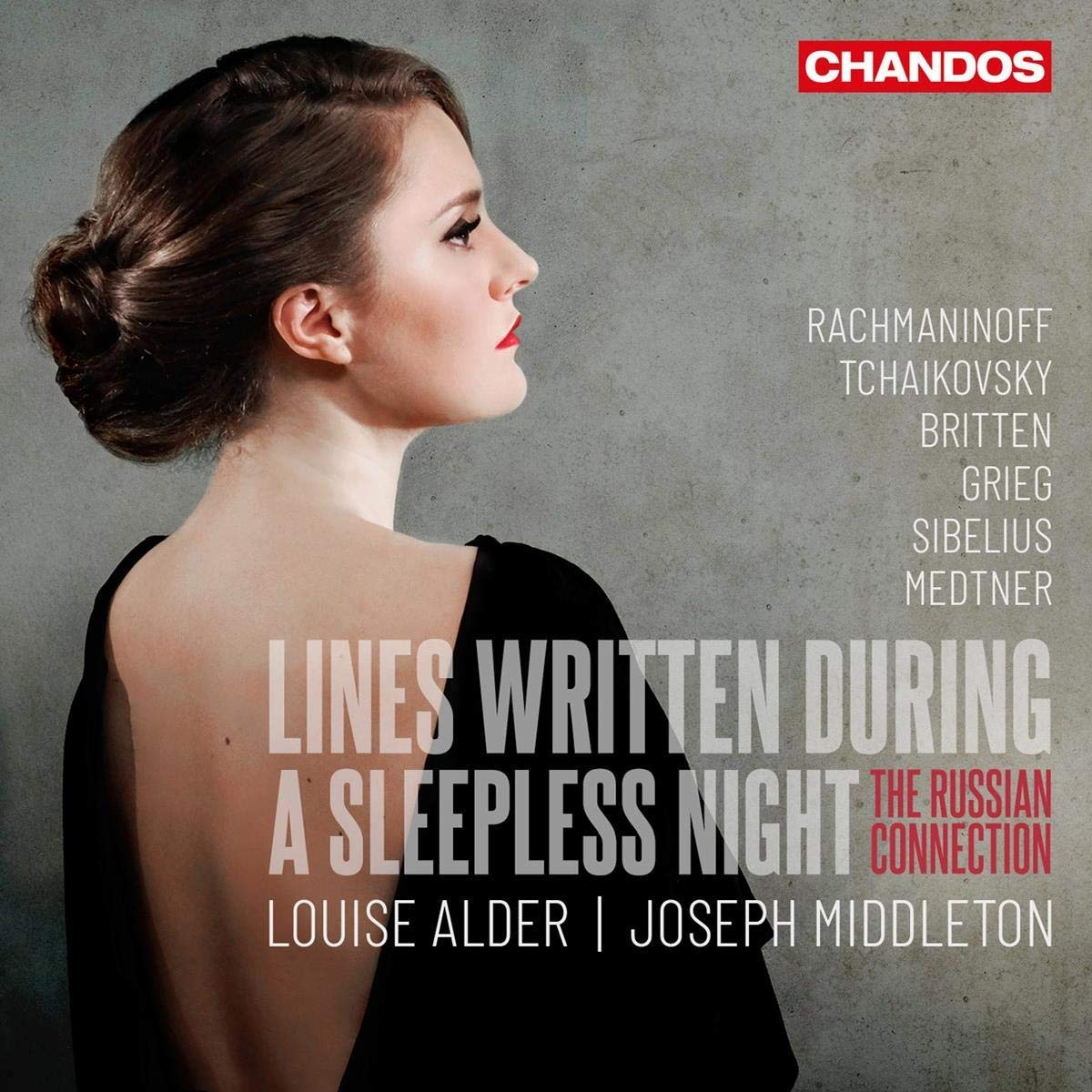 Louise Alder’s recording presence moves into a considerably higher gear with this release – not her first recital disc but one distinctively curated to further tap into her intelligence, remarkable linguistic range and emotionally vibrant instincts (while mostly avoiding the long shadows of singers who came before her in this music). Alder’s Ukrainian heritage is the most obvious explanation for how this 34-year-old British winner of the 2017 BBC Cardiff Singer of the World competition achieves a seamless emotional identification with the text and music for Rachmaninov’s Op 38 songs that begin this disc. Good news for listeners who are allergic to the metallic edge heard in some Russian voices is that Alder’s sound is more post-Kiri Te Kanawa – one reason she has also enjoyed success in the title-roles of Handel’s Theodora and Cavalli’s La Calisto, as well as Richard Strauss in her single-composer recital (Orchid Classics, 9/17). Alder’s tone hasn’t the immediately identifiable voice print of, say, Elisabeth Söderström’s Rachmaninov recordings (Decca) but the mind behind the voice expresses itself with exceptional precision and commitment, without short cuts or mannerisms.

The sequencing of the music is consciously fashioned as a journey. One compass is her family history – starting with the purely Russian music of Rachmaninov and ending with the Russian/British fusion of Britten’s The Poet’s Echo (with its mostly Pushkin texts). On a purely musical level, the disc is a well-selected tour of late Romantics with certain recurring themes. Composers are often represented by songs with ballad-like narratives, and Alder has the vocal colour and sense of theatrical through-line to make such pieces all that they can be. The avian imagery in Grieg’s ‘The Nightingale’s Secret’, for example, is sung for all its expressive potential – as opposed to its novelty. Some may miss the vocal gravity of the classic Kirsten Flagstad recording of Sibelius’s ‘The Maiden’ but that’s an unfair measuring stick, and the song about a girl coming home from meeting her lover is among the more welcome items on the disc. Songs about dreams – with all of their fantasy and symbolic power – surface periodically, with Alder summoning some of her warmest tone and most winning manner. The French-language Tchaikovsky songs seem shallow by that composer’s standards but they create some breathing space before moving on to the Britten cycle.

The opening song of The Poet’s Echo is one of Britten’s most arresting. But the vocal lines that test Alder’s limits are those clearly tailored to the specific capabilities of its dedicatee, Galina Vishnevskaya, though her own recording (Decca, 6/70) hasn’t worn so well for vocal and sound-quality reasons. Still, Alder is quite credible in the piece, which brings the disc to the sort of substantial conclusion that makes you want to return to it soon. I wish pianist Joseph Middleton was more vividly recorded. I also wish the Rachmaninov and Britten song texts weren’t printed in Cyrillic in the booklet. Perhaps Alder went down the rabbit hole momentarily: the cover photo has her posed identically to one of her ancestor photos on the inside pages. A bit eerie? Like Kim Novak’s character in the Alfred Hitchcock film Vertigo?

Lines Written During a Sleepless Night