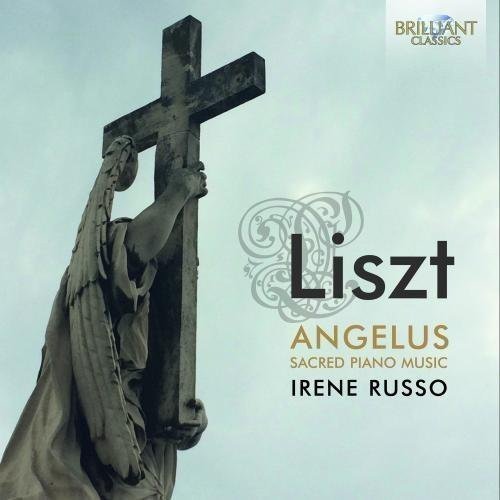 Via Crucis, Liszt’s startling late-period masterpiece, employs tortuous chromaticism and violent dissonance to create a far more ‘graphic’ evocation of the Crucifixion than that of the earlier ‘Stabat mater’ of Christus. The pastiche-like insertion of Gregorian and Lutheran elements anticipates similar procedures in 20th-century art and literature, even as it testifies to the breadth of Liszt’s personal theology. Small wonder that this radical work, still disquieting to 21st-century ears, was refused when offered for publication in 1884. Versions for solo voices, choir and organ, for piano four-hands and for solo piano are all notated in the original manuscript score. But despite the vivid musical imagery of Via Crucis, few pianists attempt it. Tempi that approach stasis, a starkly ascetic keyboard style that occasionally lapses into monody and a spiritual dimension more suggested than explicit combine to make the score daunting to performer and audience alike. It’s a hard sell.

Happily, the Italian pianist Irene Russo is fully equal to the task. She possesses the courage, pianistic finesse, myriad sensitivities and, above all, the requisite imagination to make Via Crucis both a gripping drama and a cathartic spiritual journey. Her grasp of both Latin and German prosody allows the texts to sing. Intellectually and emotionally, the piece is hers. She is equally persuasive in several stripped-down hymn settings, including O Roma nobilis and two Ave Marias from the 1860s.

As if this weren’t enough, the programme of this two-CD set extends to a brilliant and artistically distinctive solo Totentanz. The three opening riffs, effortlessly sweeping up and down the keyboard with every harmony intact, signal that we’re in for something special. Particularly remarkable is Russo’s original rubato, which she uses not only for rhetorical emphasis but to delineate formal space in ways that seem idiomatically Lisztian. The two St Francis Legends fairly shimmer with proto-Impressionist colour and nuance. Excerpts from Harmonies poétiques et religieuses and the third Année are conceptually fresh, each imbued with individual character. Of these, a calm, stunningly luminous ‘Benediction de Dieu dans la solitude’ is the standout. Transcriptions, represented by the ‘Confutatis’ and ‘Lacrymosa’ from Mozart’s Requiem, are also given sensitive readings.

Russo is that rarity among pianists, capable of encompassing the varied facets of Liszt’s art with ease, empathy and authority. If I still prefer the late Brigitte Engerer’s Via Crucis (Naïve, 7/07) above all others, hers is a collaboration with Laurence Equilbey’s Accentus and therefore an unfair comparison. Russo’s richly atmospheric interpretations represent Liszt-playing of a high order. This is something you shouldn’t miss.