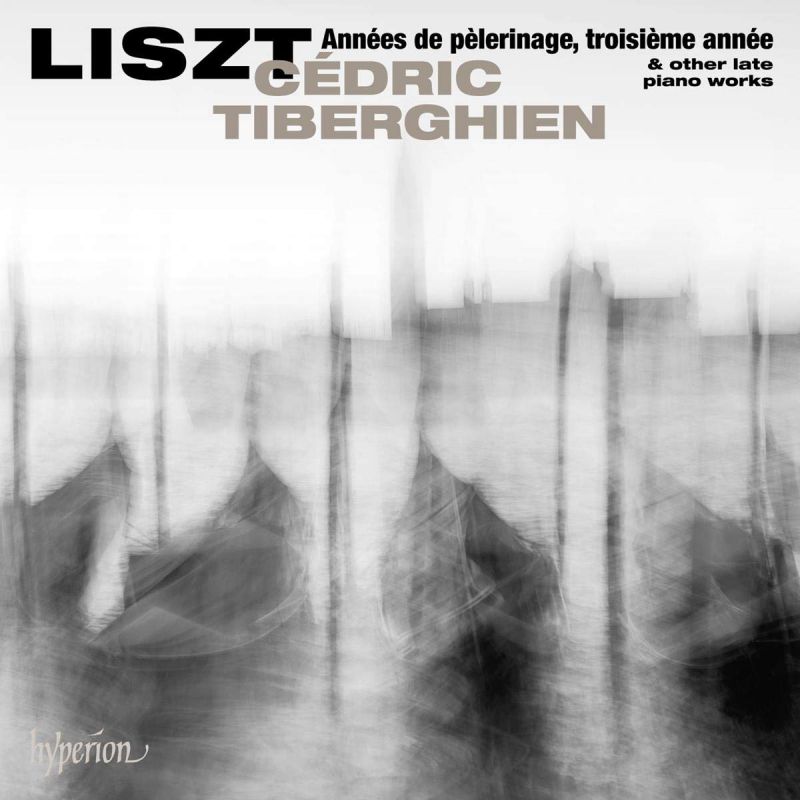 The third ‘year’ of Liszt’s Années de pèlerinage is something of a connoisseur’s collection, containing as it does only one concert favourite – ‘Les jeux d’eaux à la Villa d’Este’ – and otherwise featuring the stoical mood-pictures typical of his post-Holy Orders music. Cédric Tiberghien avoids all temptations to overlay these pieces with gratuitous flamboyance, concentrating instead on the finesse and subtle interiority they demand.

He has chosen a Yamaha for the purpose, and the booklet contains his thanks to the company for ‘providing one of the finest instruments I have ever played’. The sound is certainly appealing, and Liszt’s frequent excursions into basso profundo territory in particular gain an impressive rumbling quality, like some supercharged atonal male-voice choir in a cathedral. The extreme high treble is thin and tickly, but no more so than on Liszt’s own restored 1870s Chickering (hear Dag Achatz’s more volatile renditions of ‘Les jeux d’eaux’, En rêve and La lugubre gondola – BIS, 10/84).

In late pieces that fill the disc, nocturnal evocations are to the fore, plus a dose of the proto-modernist experimentalism that has given them a more secure place in the academic canon than in the concert hall. Tiberghien is once again consummately subtle, and he misses no opportunity for virtuoso display where the opportunity arises – as in the Bagatelle sans tonalité (though hear Nelson Goerner on Cascavelle for even more pianistic wizardry) and the fourth Mephisto Waltz. Generously filled and beautifully recorded, this disc offers a fine entry point for anyone either dipping into late Liszt for the first time or giving it another try.