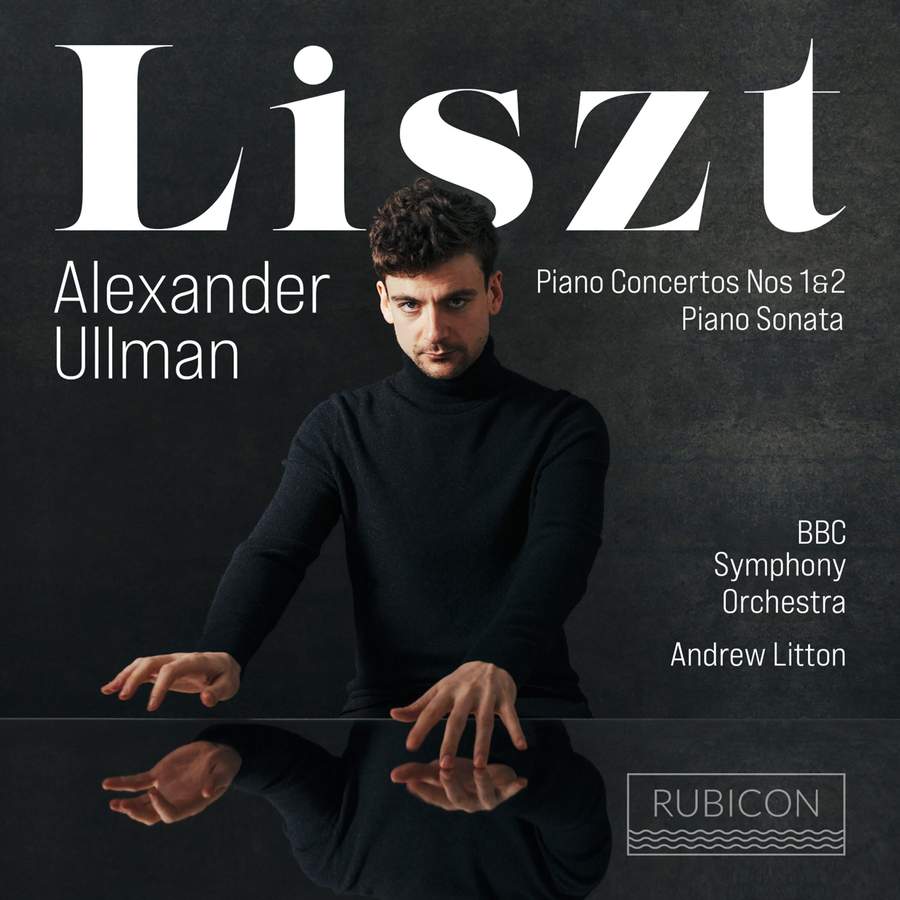 Not surprisingly for the winner of the Budapest 2011 and Utrecht 2017 Liszt Competitions, the British pianist Alexander Ullman, who will be 31 this year, boasts a number of attributes that distinguish him as a Liszt player par excellence. Most of them are on vivid display in his new Rubicon release of the B minor Sonata and the two canonic concertos with Andrew Litton and the BBC Symphony Orchestra. But in addition to these obvious gifts, including mastery of technical challenges and imaginative portrayal of Liszt’s temperamental idiosyncrasies, Ullman is equipped with a number of subtler but no less important attributes that undergird his interpretations.

Throughout the Sonata, Ullman’s natural grasp of Liszt’s rhetoric is striking. This presupposes a virtually inerrant hypersensitivity to the composer’s harmonic syntax. Nor does Ullman fear silence, which is to say he doesn’t over-pedal. Moments of heightened drama, as for instance in the Quasi adagio of the slow movement (track 7, from 2'09"), are articulated with the fully engaged, full-throated voice of the seasoned tragedian, always suited to the text, without suggesting bathos. Ullman is also a master of transitions. In fact, his broadening of the slow movement’s tempo in preparation for the Allegro energico of the fugue is among the most skilful I know. And once embarked upon, the fugue is cunning, subtle, often pianissimo, and agile. This is a performance that seems to reveal new secrets each time you listen.

In Andrew Litton, Ullman has a collaborator who is also acutely attuned to the colours, textures, rhythmic subtlety and narrative drive that make Liszt one of the supreme masters of the piano concerto. The space and light given the orchestral solos in both concertos are breathtaking. A word of warning: the Quasi adagio of the E flat First Concerto could break your heart. The darker-hued A major Second Concerto takes longer to reveal its secrets. In neither piece is anyone in a rush; both unfurl with the inevitability and luxuriance of a blossom in the morning warmth. These performances are not out to dazzle their listeners but to pull back the curtain on the unique imagination of one of the foremost architects of musical Romanticism. Very highly recommended.