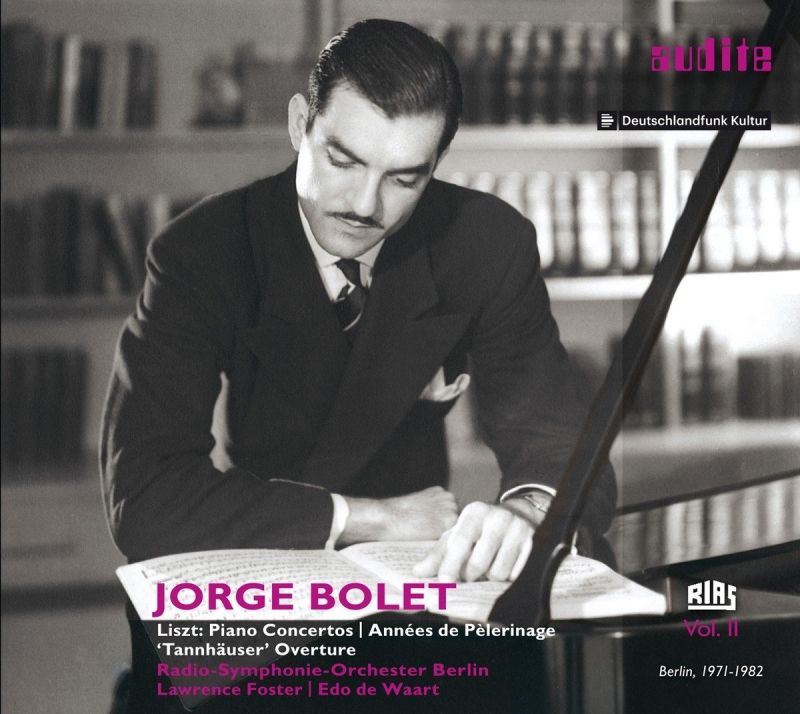 The repertoire is all Liszt. Bolet was one of the finest of all Liszt players. Liszt was the composer who, as we have noted before, made his name internationally famous when he played for Dirk Bogarde in Song Without End (chosen, the booklet reminds us, in preference to the younger Van Cliburn). One’s spirits lift even before the ‘play’ button is pressed.

There are studio recordings of Bolet in the two concertos, both with David Zinman and an earlier one of No 1 with Robert Irving, but these Deutschlandradio recordings are live performances – and Bolet was always at his best in front of an audience. There may be flashier and speedier accounts of the E flat Concerto (recorded 1971) but few that are more powerful, magisterial and, ultimately, thrilling (Bolet whips up a storm in the final pages), even if the workaday Lawrence Foster is sometimes just behind the beat.

The A major Concerto elicits a similar response of noble magnificence, closer in tempos and character to von Sauer than de Greef (the only two Liszt pupils to have recorded both concertos), recorded in the same venue as the First Concerto but 11 years later and under the alert Edo de Waart.

The three Petrarch Sonnets provide an introspective interlude not markedly different from Bolet’s later account for Decca (6/84) in his recording of the second book of Années de pèlerinage. The Wagner-Liszt Tannhäuser Overture was one of Bolet’s specialities. This astonishing studio recording (RIAS Funkhaus, Berlin) was made in October 1973, three months after his RCA recording (not released until 2001) and four months before the unforgettable performance of February 1974 in the legendary Carnegie Hall recital that established him as one of the all-time greats. The command of structure, the judicious pacing and unleashing of those final torrential octaves under the main theme send shivers up the spine.