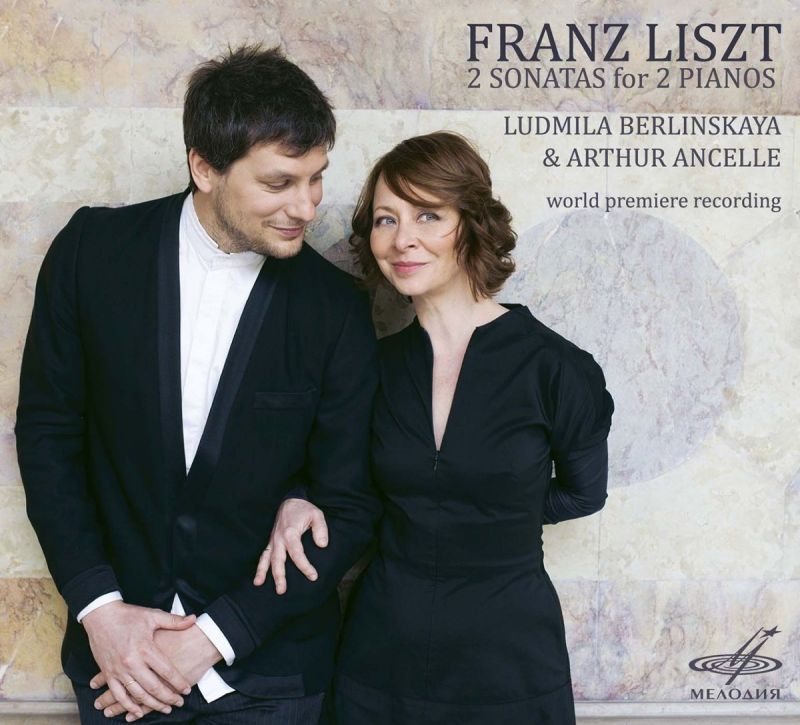 This is one of the finest two-piano recitals to come my way for quite some time – though I may be slightly biased as it has the world premiere of a work I have been waiting to hear ever since I first learnt of its existence over 30 years ago. The friendship and mutual respect of Liszt and Saint Saëns has been well documented. Not so the existence of the latter’s arrangement for two pianos of Liszt’s B minor Sonata, one of the towering masterpieces of the solo repertoire.

Liszt himself always intended to make a two-piano version but never got around to it. Saint-Saëns undertook this labour of love between August and November 1914. It is an entirely faithful transcription – no hitherto unheard contrapuntal lines or remodelled harmonies – that relies entirely on the clever redistribution of material. But while freeing a single pianist from many of the immense technical difficulties of the original, the need for absolute ensemble precision and agreement on every aspect of agogics, pedalling and phrasing while retaining performance spontaneity in a work lasting almost half an hour make it in some ways even more difficult to execute for two pianists.

I can only say I was bowled over by the playing of this Franco-Russian husband-and-wife duo, astonished to the extent that any initial scepticism, any notion of this being a mere curiosity, is utterly confounded. Their performance of this music is everything and more that I had hoped for after such a long wait. Moreover, the satisfying programme opens with Saint-Saëns’s two-piano version of his Danse macabre and closes with Liszt’s (more interesting) transcription of the same with additions from Vladimir Horowitz and Arthur Ancelle, whose own transcription of the Dante Sonata is a further major addition to the two-piano literature. For the repertoire, performances and recording (a pair of richly voiced instruments in the Grand Hall, Moscow Conservatory), this will be among my discs of the year. I only wish Melodiya had proof-read the English translation of the interesting booklet.