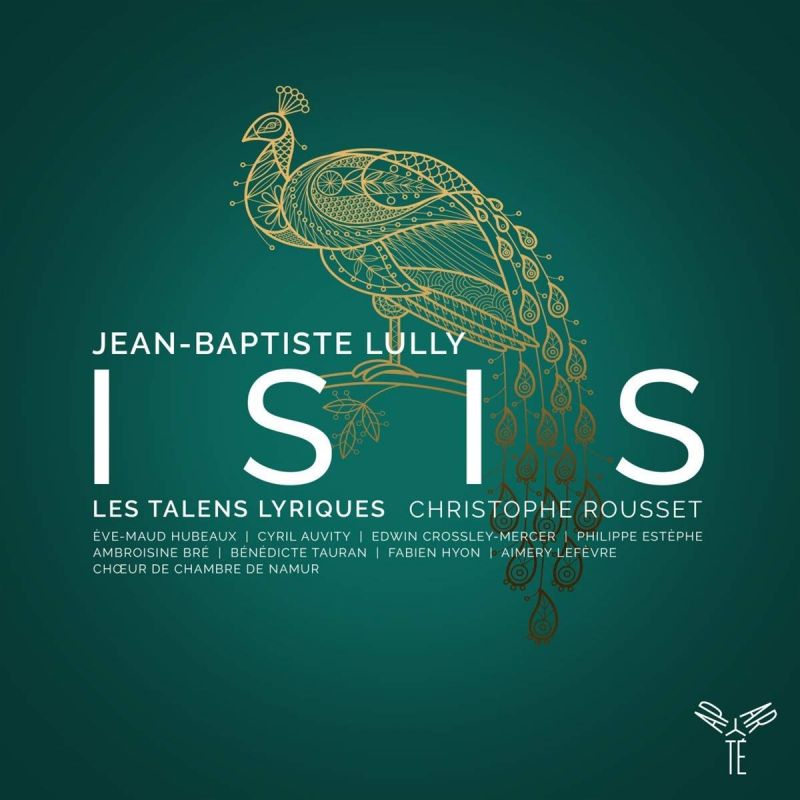 Atys, the fourth tragédie en musique that Lully composed to a libretto by Philippe Quinault, was dubbed ‘the king’s opera’. There was no chance of Isis, its successor, receiving a similar accolade. It was premiered at the Château de St Germain-en-Laye on January 5, 1677; by the time it was transferred to the Paris Opéra in August it had become the subject of gossip at court. The jealous goddess Juno was taken to be a portrayal of Louis XIV’s longstanding mistress, Mme de Montespan, while the character of Io was read as representing the king’s current love interest, one of La Montespan’s ladies-in-waiting. Quinault was banished from court; by the time he was allowed to return, Lully had collaborated with Thomas Corneille on two more operas.

As with many of Quinault’s librettos, the story of Isis comes from Ovid’s Metamorphoses. Jupiter has fallen in love with the nymph Io who, already betrothed to Hierax, does her best to resist. Juno, infuriated, descends to earth and slyly informs Jupiter that she wishes to choose Io to adorn her court. Through gritted teeth, Jupiter agrees. (To conceal her from Juno, Ovid had Jupiter transform Io into a white heifer: a missed opportunity here, one feels.) After a failed rescue attempt, during which Hierax is turned into a bird of prey – and that is the last we see of him – Io, subjected to appalling torture, longs for death. When Jupiter agrees to give up his adulterous passion, Juno relents, and Io is raised to the heavens as – yes – the goddess Isis.

The opera begins with the usual Prologue in praise of the unnamed Louis XIV, in this case celebrating France’s naval victory over Dutch and Spanish forces at the Battle of Palermo. Much of the subsequent action consists of divertissements to bulk out the story. Act 3 is an opera within the opera where Argus, who is guarding Io, dozes off while being entertained by an enactment of the story of Pan and Syrinx. Io’s torture consists of her being exposed to extremes of cold and heat. The shivering, choral and instrumental, of the ‘people of the frozen regions’ was the inspiration of the music for the Cold Genius and the Chorus of Cold People in Purcell’s King Arthur.

So spectacle is all, or almost all, and a DVD of a no-expense-spared stage production would be a fine thing. But Christophe Rousset and Les Talens Lyriques, not forgetting the 20-strong Namur Chamber Choir, do a wonderful job in putting across the glories of the opera through sound alone. For an example of how the cast relish the text, listen to the quarrel between Io and Hierax (disc 1, track 21), where Lully moves seamlessly from secco recitative to continuo-accompanied arioso and back, then on to ‘Je cherche en vain’, an arioso with strings, before more secco recitative and a final short duet.

Ève-Maud Hubeaux and Aimery Lefèvre are superb here, and Hubeaux articulates her despair in impassioned phrases when suffering later on. Curiously, her character is given nothing to sing when transformed from Io to Isis. There is much doubling-up for the rest of the cast. Edwin Crossley-Mercer, very much an alpha-male Jupiter, is touching in Pan’s ‘Hélas! quel bruit! Qu’entends-je?’, when the fleeing Syrinx is turned into reeds. The shepherds accompanying his achingly beautiful lament are heard earlier in a duet in praise of love, flowing in euphonious thirds and sixths and charmingly sung by the hautes-contre Cyril Auvity and Fabien Hyon. Bénédicte Tauran makes a formidable Juno.

Much is demanded of the chorus, from the triumphant Prologue to the scenes of cold and heat. The Namur Chamber Choir is full-bodied but the singers are marvellously light on their feet. The orchestra respond with brilliance and precision to Christophe Rousset’s direction. A word, too, in praise of an ear tickling continuo group that includes lute and organ as well as string bass and harpsichord. This is a highly enjoyable addition to an excellent series of operas by a composer who, thanks to French groups such as Les Arts Florissants and Les Talens Lyriques, is at last coming into his own.