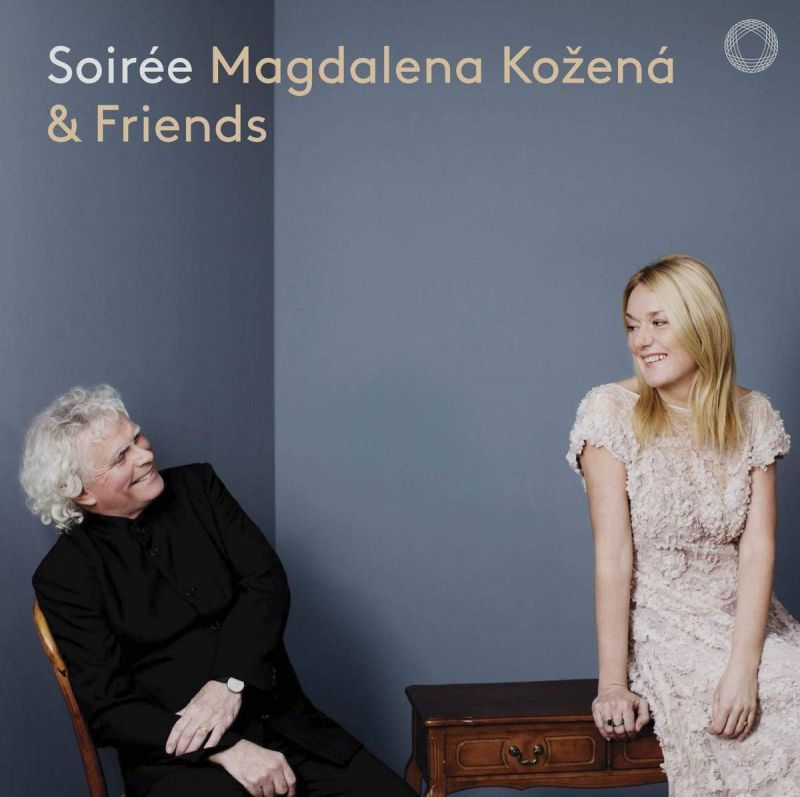 Don’t turn up empty-handed of an evening chez Rattle. While a bottle of red wine and a bouquet of flowers may be de rigueur for most dinner parties, you’d be better advised to pitch up with an instrument here so you can participate in the musical entertainment. ‘Soirée’ is performed by Magdalena KoŽená ‘& Friends’, including Sir Simon making his debut recording as a pianist. The assembled ‘friends’ include string players from Berlin – although not the Philharmonic – and Andrew Marriner, just retired as the LSO’s principal clarinet.

In her introductory programme note, KoŽená pines for the days of musical soirées, playing ‘for the sheer pleasure of it’, with alcohol freeing up the musicians. She declares, however, that the Berlin recording sessions were ‘completely teetotal’ … which is rather a shame, as the results are just a little bland. The programme is an eclectic mix of repertoire for mezzo-soprano with chamber accompaniment, ranging from Ravel to Brahms to Janáček, but the performances are so uniform as to iron out many of the essential differences between them.

There is some lovely singing from KoŽená, whose fawn-tinted mezzo retains its attractive quality from her earliest discs, especially her Dvořák, Janáček and Martinů DG debut (8/00). But there is now a lack of bloom on top notes and her mooning manner in Chausson’s ‘Chanson perpétuelle’ is a little arch. She sings the two Brahms collections well, especially the Ophelia Songs, and is at her best in her native Czech. She seems less comfortable with the angular phrases of Ravel’s Chansons madécasses.

The chamber-group support is refined and well-behaved – the only exception being the sung choral interjections in one of Janáček’s spiky Říkadla (‘Nursery Rhymes’). Rattle’s gentle, unforced pianism doesn’t get in the way and Wolfram Brandl’s soaring violin in Strauss’s ‘Morgen!’ is beautifully judged. Of the arrangements, Aribert Reimann’s Brahms is more piquant than Duncan Ward’s slightly soporific Dvořák, although the swooning ‘Songs my mother taught me’ is one of the disc’s rare plums.

2 Songs for Alto, Viola and Piano