Finally a Resurrection to prompt superlatives 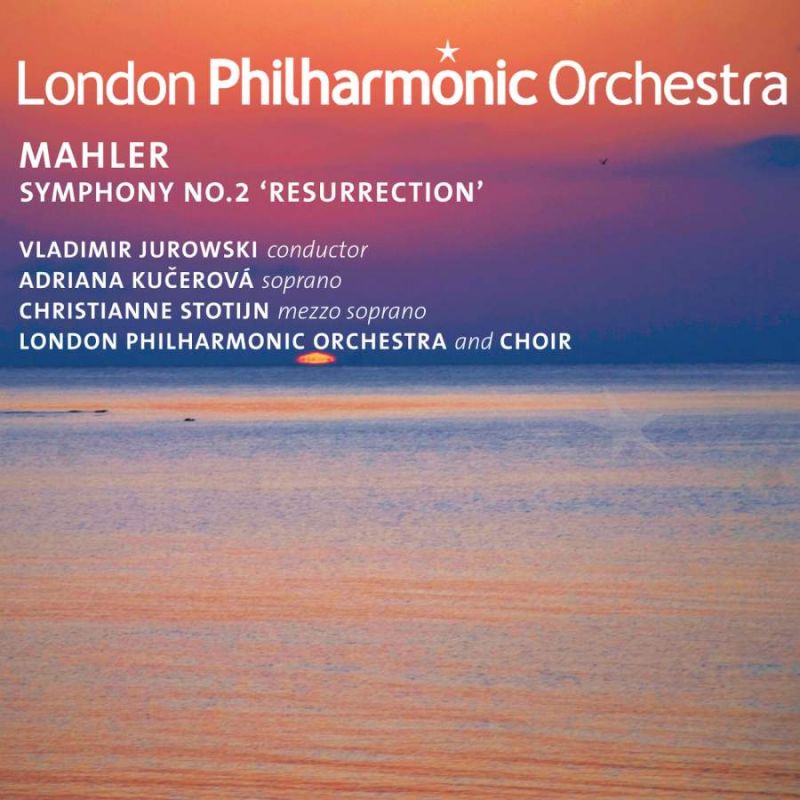 A performance of revelations, big and small, and easily the most illuminating to have appeared on disc in a very long time. Jurowski wipes the floor with the recent Rattle and Jansons accounts and is probably now the prime recommendation, the “library” choice, that has for so long eluded us. And I include the excellent Ivan Fischer account on Channel Classics in that assesment. I was present at this live performance, what was a momentous evening at the Royal Festival Hall in September 2009 but wondered how it might translate to disc in the cool light of day. So often musical occasions writ large in one’s memory achieve optimum impact only in the moment of performance and pale on reproduction and repetition. Not so, this Resurrection.

The really big factor here is Jurowski’s command of Mahler’s very particular and very dramatic way with rubato and the shock of newness that comes from those explicit extremes. The urgency of the opening Allegro maestoso (the emphasis, unlike Rattle, on the allegro) is strikingly underlined with the premature arrival of the lyric second subject where Jurowski’s emphasis on the agitated bass-line has an edge-of-seat disquiet. When the music does settle – the balmy second subject now shyly reappearing – the effect is doubly magical. Weight in Jurowski’s reading does not necessarily mean sheer heft but rather the breadth of those big expansive ritenutos and tenutos. Rarely have I heard the wild neurotic contrasts in this music more scrupulously and uncompromisingly realised: emphatic marcatos, wild accelerandos so sudden and unexpected that you reach for the score for confirmation and then wonder why so many conductors downplay or simply ignore them.

So many moments in this first movement sound renewed: the grisly tread of string basses marking the approach to the climax of the development; the electrifying col legno passage, like the beating wings of the angel of death, so deliberate as to accentuate the sudden rush to the precipice (note: no ritardando) and the terrifying reiteration of that ugly stack of notes marking the point of no return. Then that beautiful passage in portamento-festooned strings demonstrating just how far the LPO have come under Jurowski’s directorship.

A strange distracted elegance marks the second movement, with the restless string ostinato and especially the entry of the string basses serving to remind us that this is no mere diversion but rather an ironic variant, the flip-side, if you like, of the first movement. The pizzicato return has a sinister charm, a deliberation, which suggests a different kind of march – the elfin variety. And that ironic rusticity proceeds in the vividly projected third movement with its quirky country dance in fiddle and flute, and delicious Trio in close-harmony trumpets. The climaxes again romp forwards with precipitous abandon while the soft, still, maternal voice of Christianne Stotijn seems to emerge supernaturally from the final tam-tam stroke.

The finale is tremendous and highly theatrical, with spatial effects beautifully managed in a hall not noted for its accommodation of acoustical special effects. The anticipation of the silence before the brass chorale deliver the Dies irae is heart-stopping, as is the hair-raising climax setting the offstage band on a collision course with the orchestra. You might quibble that the soprano soloist, Adriana Ku∂erová, is set too close for that magical separation from the chorus but the whole final paragraph is thrilling, with Mahler’s returning Resurrection hymn phrased with urgency and uplift. You may think you know how Mahler’s Second Symphony goes. Think again.