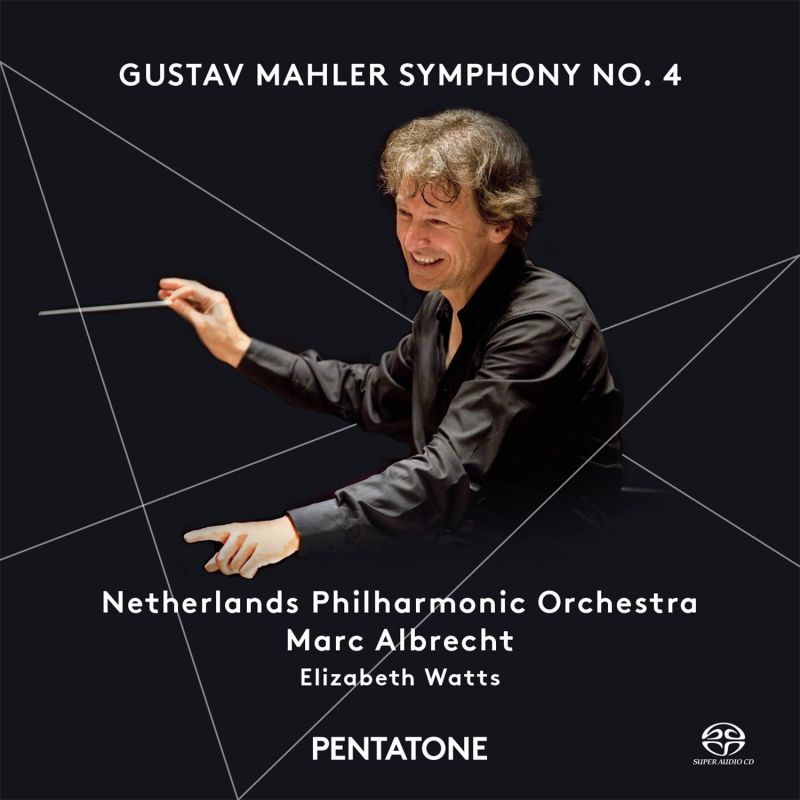 In a pre-concert interview around the time of this recording in June 2014, Elizabeth Watts discussed how her academic background in archaeology encouraged her to think inside the Fourth’s concluding vision of heavenly life, to hear and sing it how Mahler and his audience would have heard it. The knowledge that the teenage Mahler sat beside and ministered to his dying brother Ernst was important to her, but it doesn’t result in an excessively knowing or coy performance. Successively excited, rueful and at peace, she leaves extremes of colour to the orchestration around her, not placed to great advantage in the recording mix: I preferred her more forward placing and projection in the concert broadcast from the Concertgebouw.

Back in the converted church that is this orchestra’s home studio, the temperature has been turned down a notch or two in a chamber-scale interpretation that belies the 14.12.10.8.6 string section, compliant and graceful except in the triangle-heavy climax of the Poco adagio. Albrecht follows the current practice to turn this movement into an angst-laden experience, whereas Bernstein, Klemperer and Walter in their different ways understood it as a cousin to the Fifth’s Adagietto.

The orchestra’s wind and brass soloists stand close comparison with their Concertgebouw rivals on Bernard Haitink’s latest and dourest recording of the symphony: I especially enjoy Albrecht and the orchestra letting the sunshine into the Scherzo, and their negotiation of the first movement is classical in form and conception, both more deft and less indulgent than Antonello Manacorda (reviewed above). In its self-effacing way, the performance is true to the symphony’s deceptive charm.