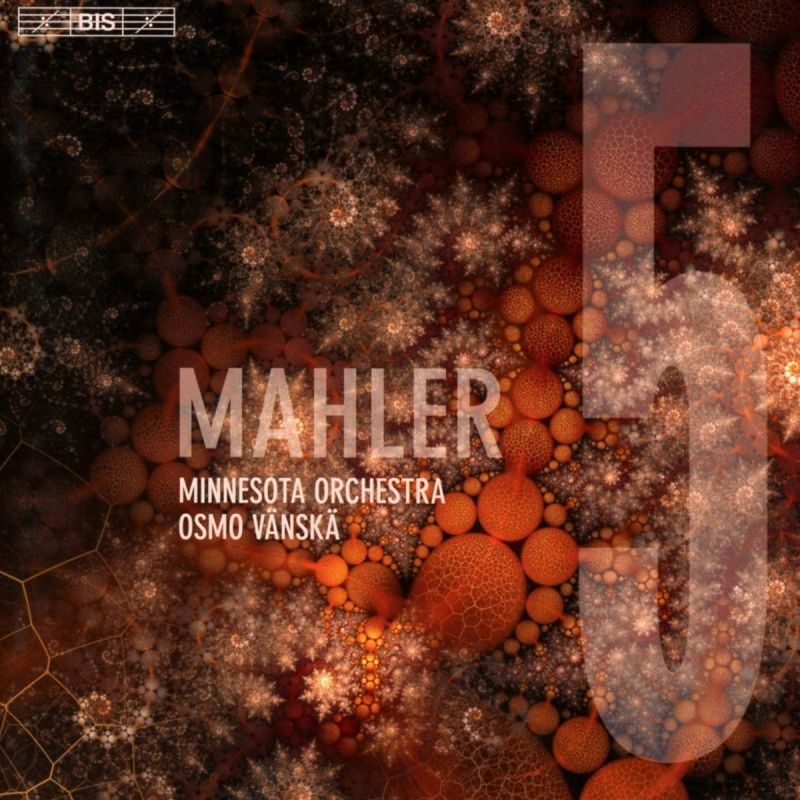 Robert von Bahr’s label must be one of the few to have ducked the release of a Mahler cycle (at least until now) and, if the big pluses of this initial instalment are primarily sonic, BIS’s SACD format is certain to wow audiophiles. Even heard through two channels the recording is spacious yet precise and, true to form, the dynamic range is vast, complementing Osmo Vänskä’s partiality for music-making on the threshold of audibility. Still, his band’s rather lean sonority for me remains a limiting factor in this repertoire, which is not to deny that its sharply etched responsiveness lends novel clarity to many passages.

The Fifth Symphony launches the series more successfully than listeners with memories of the same team’s 2006 BBC Proms performance might have expected. The orchestral playing is crisper, the conductor’s clinical tendencies tempered by an understanding that emotional extremism is an essential part of Mahler’s idiom even if it need not be indulged. Determined to avoid histrionics, Vänskä often gives the music as much space and focus as Leonard Bernstein. Only the central Scherzo is markedly swifter towards the close, including some driven passages which do not sound entirely natural. The biggest surprise will be the old-school tempo for the Adagietto. It is the American conductor who moves the music forwards more and to predictably emotive effect, albeit with a less obsessive interest in ethereally hushed dynamics. The delicate, contained, determinedly ‘classical’ rondo finale may be the most controversial part of the Minnesota rethink. It would be unfair to condemn it for gathering insufficient power and momentum when the chorale’s climactic reappearance, purged of bluster, becomes just one incident in a rewarding if slightly subdued sequence of generic transformations.

While some will prefer to look elsewhere for the customary Mahlerian blend of anguish, heft and geniality, there’s more going on here than a thoughtful seating plan and state-of-the-art production. I just can’t predict whether the angular snap of those familiar opening tattoos will strike you as resilient or merely rigid!