Abbado returns to his ‘old’ orchestra for a remarkable ‘Tragic’ Symphony 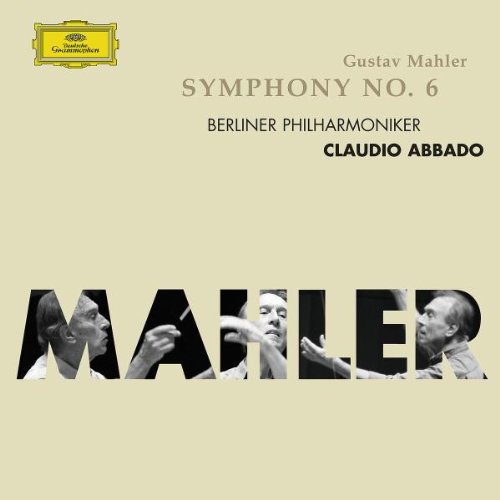 Whatever the revolution in playing standards since January 1966, when Barbirolli conducted Mahler’s Sixth in Berlin, I can’t remember hearing a tauter, more refined performance than this, nor one that dispenses so completely with the heavy drapes of old-style Mahler interpretation. The work concluded Abbado’s first Philharmonie programme since passing the reins to Sir Simon Rattle, an occasion bound to provoke standing ovations and a little myth-making, too. Only if one discounts Celibidache’s interregnum could this be considered the first time in the orchestra’s history that a former chief had returned to direct. Now, with the music repositioned on the sunny side of the Alps and seen through the prism of the Second Viennese School, an effortless, sometimes breathtaking transparency prevails.

In the first movement, Abbado’s sparing use of rubato precludes the full (de-)flowering of the ‘Alma theme’ in the Bernstein manner, and there are some curiously stiff moments in the Andante moderato, here an iridescent intermezzo quite unlike Karajan’s Brucknerian slow movement. This may not be a Sixth for all seasons and all moods – the Berliners rarely play with the full weight of sonority long thought uniquely theirs – yet I soon found reservations falling away. For all its fine detailing, Abbado’s finale lacks nothing in intensity, with a devastating corporate thrust that may or may not have you ruing DG’s decision to include an applause track.

A more serious stumbling block is the maestro’s decision to place the Scherzo third, following the lead of Del Mar, Barbirolli, Rattle and others. Purchasers of a a single disc CD version available in some parts of the world can re-programme, of course, but technical constraints for the hybrid SACD disc, available in the UK, have led DG to opt for a pair of discs containing two movements apiece. It must, however, be pointed out that the extra cost is borne by the manufacturer, not the consumer. And, apart from two curious pockets of resonance in the finale (on either side of the 10-minute mark), Christopher Alder’s team achieves a much more realistic balance than you’ll find in the conductor’s previous live Mahler issues. If a little cavernous, the effect is blessedly consistent, allowing us to appreciate that Abbado’s sweetly attenuated string sound is just as beautiful as Karajan’s more saturated sonority, a testament to the chamber-like imperatives of his latter-day music-making, not to mention the advantage of adequate rehearsal time!

I should add that the finale’s hammer-blows are clearer and cleaner than I have ever heard them. Abbado does not include the third of these before the final coda but the hard, dry brutality of his clinching fortissimo is guaranteed to take you by surprise. Donald Mitchell provides excellent booklet-notes to cap a remarkable release that I would expect to find on next year’s Awards shortlist.