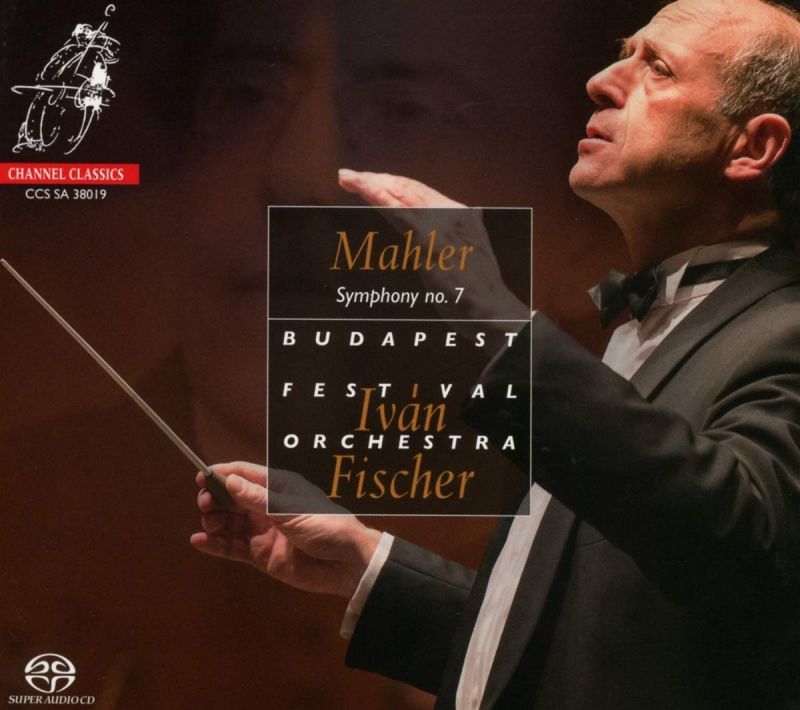 I honestly can’t remember hearing a performance of this extraordinary symphony that was so plainly in love with its ethos, its originality, its sonority. Iván Fischer reads the ‘small print’ of the score with such thoroughness that he makes most other readings feel like generalisations by comparison. It’s one of those performances that makes one think of the piece differently, and that in itself is cause for celebration and reassessment.

So one hears the opening of the first movement not as something strangely abstract but as a different kind of funeral march (heaven knows Mahler was the master purveyor of them), one with its roots firmly in the dotted rhythms of the Baroque but with the archaic tenor horn suggesting a deeper and darker primitivism. The bounding second theme counters rudely, a jaunty militarism (the nearby barracks of Mahler’s youth?) as crass as it is melodramatic. Nothing so far prepares us for the second subject, as bittersweet as anything Mahler ever wrote – and Fischer and his wonderful Budapest Festival Orchestra nurse every phrase as if they too were entirely unprepared to find it on the page. It is that sense of discovery in the playing that is a feature of the performance throughout. Fischer addresses all the incongruities of the piece like he is determined to find logic in their strangeness, method in their madness.

Take the mysterious central section of the first movement. Fischer goes beyond the pictorial to suggest an added dimension: Mahler lost in the remote regions of his imagination while further remnants of his childhood – those militaristic fanfares again – vaguely intrude. But the blossoming of the second subject is the more visionary for it and when the recapitulation brings back the jaunty second theme Fischer opens it out spectacularly as if to give it a renewed significance. Remember that it is this theme that will dominate the symphony’s peroration.

If the Seventh stands apart from every other Mahler symphony it is in greater part because of its inner movements – music of the night in every sense. Even as its solo horn (marvellous here, by the way) is recalling the Fifth Symphony Scherzo at the opening of the second-movement ‘Nachtmusik I’, a lurid helter-skelter of woodwinds is pulling the rug from beneath us and unveiling a spooky night patrol. The incongruity of the waltz which counters it is a sudden rewind to the age of innocence and experience. Fischer reminds us how rich in incident this movement is.

Then comes the central Scherzo, as fantastical a beauty-and-the-beast creation as Mahler ever penned. Have those slippery glissando effects in the strings ever been thrown into greater relief; have the assorted belches and grunts and descents to the rudest lower reaches of the contrabassoon ever sounded more like spook-house apparitions? Pathos and bathos, the lovely and decidedly unlovely – Fischer relishes it all. And the exquisitely scored guitar- and mandolin-flecked ‘Nachtmusik II’ conveying fragility and wistfulness in spades is not just beautiful but for once truly touching. Here and everywhere it’s a performance full of first-time wonder in which the natural symbiosis between Fischer and his players completely transcends the painstaking preparation that will have gone into the making of it.

The finale doesn’t sound problematic or fitful at all. This wacky cavalcade, this apotheosis of the dance, has celebration written all over it, progressing like an assembling of the guilds in the final scene of Die Meistersinger while simultaneously suggesting a Baroque dance suite projected into the 20th century. The fanfare-like opening on timpani and trumpets is at once ancient and modern. Fischer and his orchestra attend the robustness and elegance, the riotous and graceful like the rules needed breaking. Country dancing collides with courtly minuets. No concessions are made to period or manners. It’s a kind of cosmic knees-up.

The trick is to make all those tricky juxtapositions and technically treacherous transitions sound jaw-droppingly spontaneous. And Fischer does just that. Others have done so before, of course – notably his brother Adám in his quite recent account with the Düsseldorf Symphony (AVI-Music, 1/17; together they are taking ownership of this composer) – but there is a joyousness about this account that tells you not just how much Iván Fischer loves this symphony but how he loves it unconditionally.

In the thrilling coda he resists the ritardando into what I like to call ‘the expensive moment’ until the horns have peaked and he can pull out all the stops in the trumpets for the final crescendo. It stops you in your tracks. One last surprise – after a succession of them.

MAHLER Symphony No 7 (I Fischer)