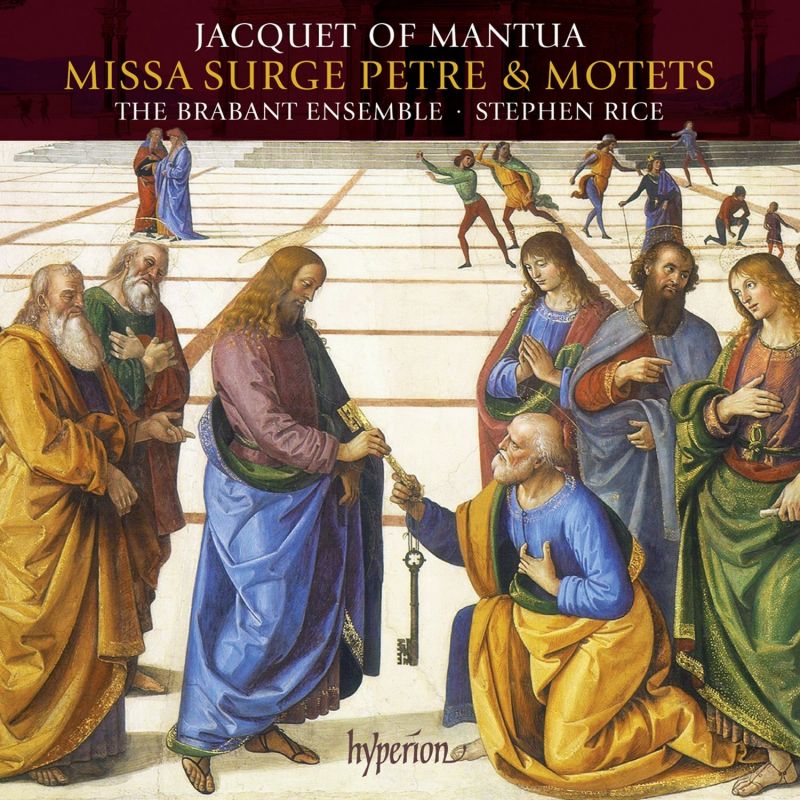 >It has been fascinating to observe The Brabant Ensemble’s campaign in favour of the many neglected composers of the mid-16th century. Next stop, Jacquet of Mantua (1483-1559). Director Stephen Rice presents a cogent analysis of the reasons for the neglect, and The Brabant Ensemble back him up with a very impressive programme, whose centrepiece is a six-voice Mass based on Jacquet’s own motet Surge Petre. This is a weighty, substantial work, reminiscent of Gombert in its concentration. Just as impressive are the motets, ambitious pieces displaying considerable variety. The four-voice O vos omnes is deliciously focused and brooding, and the concluding Domine, non secundum peccata nostra monumental and full of strikingly retrospective touches (suggestive of a particular motivation for its composition). Two short three-voice motets further demonstrate the composer’s range: within this programme, they have the air of miniatures.

The sound image seems slightly fuller in the Mass and its model than in the ensuing selection of motets, perhaps because of their richer six-voice scoring. Rice even-handedly states the case for thinking that this music may in its time have been performed by a smaller ensemble, with one voice to a part. That said, The Brabant Ensemble’s centre of acoustic gravity is rather high for my taste. This impression is confirmed by the short pieces taken by the high voices alone, which don’t constitute as great a contrast as one might anticipate. No doubt the sound recording and ambience have their role to play but one is left with an odd sense of mismatch (as though drinking a Trappist ale from a Kölschbier glass). That said, the beer really is first-rate.