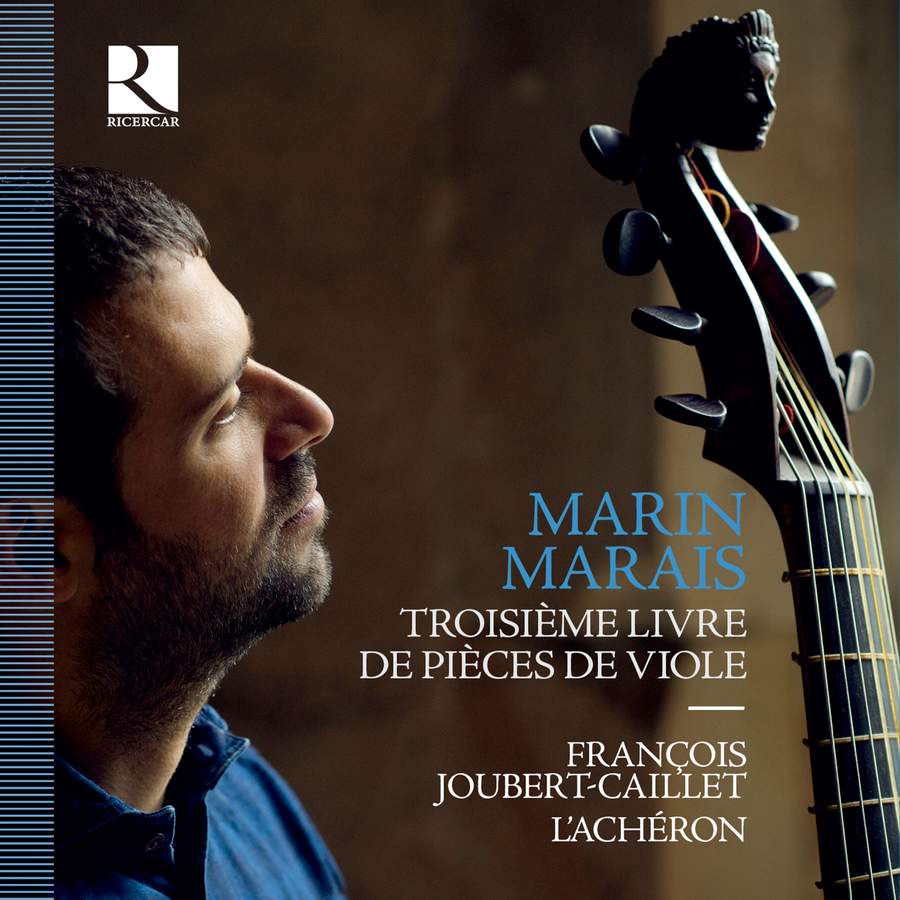 When I reviewed the Deuxième livre back in January 2020, I toyed with the idea of listening to it every day until publication: ‘Six hours of Marin Marais every day for a month: a total of 186 hours – that’s just under eight full days in French Baroque paradise.’ I failed in this project, finding it completely incompatible with modern-day life. Well, life this time round is very different. As lockdown is only just beginning to ease here in the UK, one really could listen to four hours and 20 minutes of Marais a day without that day being too different from those surrounding it. That’s what is on offer here from François Joubert-Caillet and L’Achéron in this four-disc set of the Troisième livre. The pandemic has changed the stakes. These kinds of artefacts seem more digestible, readily used as a whole. They speak of a new-found agency: today is for Marais and nothing else.

It’s fascinating, too, to hear how much has changed in the performers’ attitudes to this music. I remarked on the physicality of the playing in the Deuxième livre, its ‘carnivalesque energy’. There’s much less of that kind of playing this time round: the performances are more subdued. Take, for example, the Muzette from the Suite in G (disc 1). I would have imagined that if Joubert-Caillet tackled this movement in the previous livre, it would have been attacked with considerable funk; now it’s a sensitively shaped pastoral tickle. Or the Menuet from the same suite, in which the edges of syncopations have been lovingly waxed down as if by some master furniture restorer. This gentler and, dare I say it, wiser approach prepares for the loveliest close to the opening suite: ‘La guitare’, a track you all deserve in your lives. This is a performance with the fragrant witchery to dissolve night-time tantrums, to reconfigure concrete as if it were cashmere. It’s music best inhaled through the nostrils, a lullaby that fills one’s head with floral wonder.

Sometimes this perfume manifests as a drugged splendour between the players of L’Achéron: the collective breath and sonority that ripples into trills in the Prelude of the Suite in C (disc 4) is intoxicating. Really, there’s little else to say except to highlight moments of particular excellence. I love how close the instruments are in the mix for the ‘Allemande La Gotique’ from the Suite in A (disc 2). The effect is treacly, music made with multiple hands on the same wooden spoon. And the ‘Sarabande grave’, again from the Suite in G (disc 1), is bliss itself: Joubert-Caillet’s sound is charged with feeling, engulfed in a mass of bass viol resonance and thicket of theorbo (that unaligned last plucked note is exquisitely imperfect). With 134 little pieces to praise, my recommendation is simple: carve out your day for Marais.