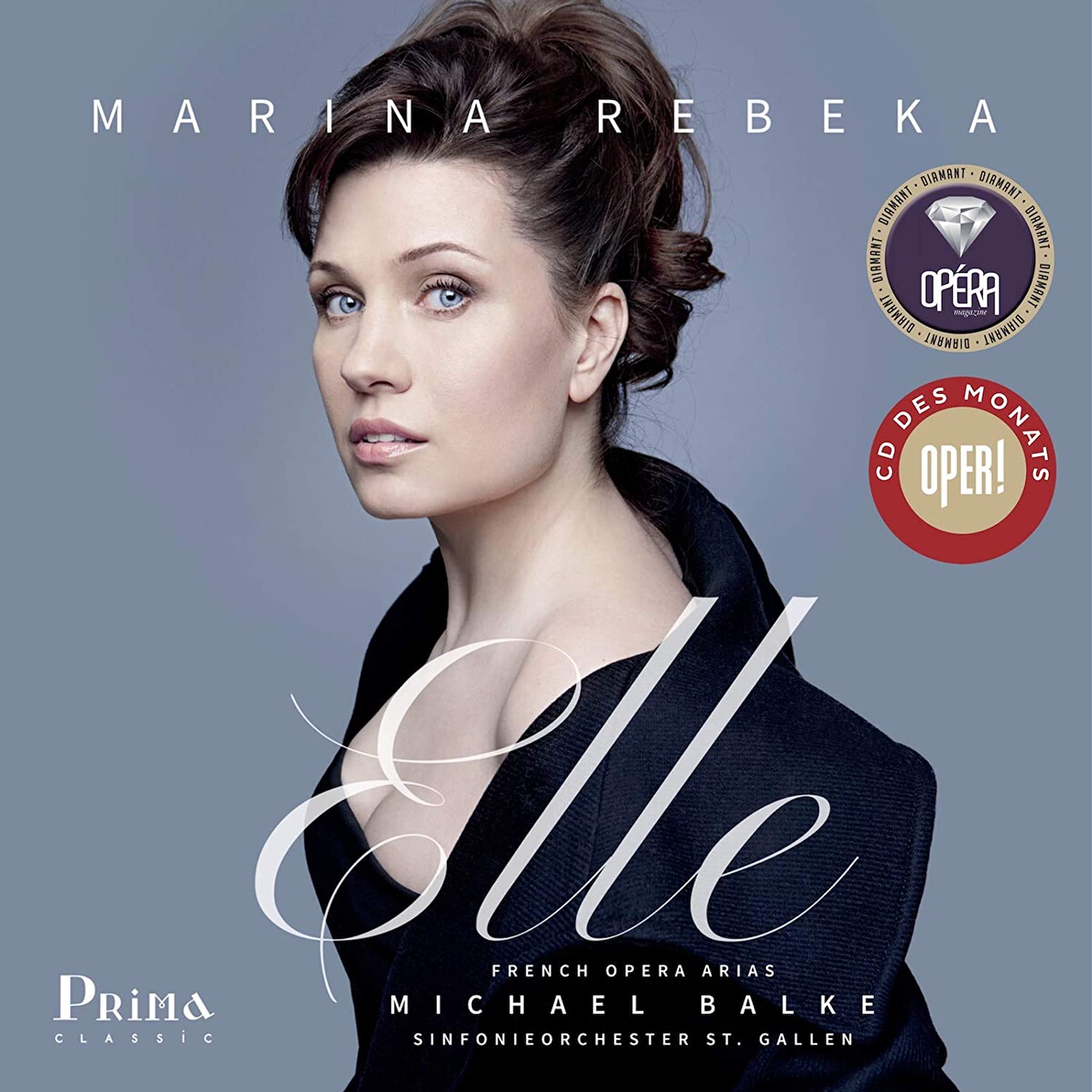 Marina Rebeka turns to French arias for her latest recital, an engaging, if at times uneven disc, in which both the strengths and occasional weaknesses of her approach are apparent. There’s no disputing the quality of the voice itself, evenly produced throughout its range, with a mixture of silk and steel in the tone, and upper registers that blaze quite thrillingly. Her dynamic range and control are often exemplary: there are some exquisitely floated phrases in ‘Depuis le jour’ from Louise, with which the disc opens. We hear less of her coloratura this time around than we do on previous recitals, though her technique remains admirably secure, both in the Jewel Song from Gounod’s Faust and the Waltz from the same composer’s Roméo et Juliette.

She’s at her best here in moments of grand, tragic passion, when her heroines are in crisis. Thaïs’s Act 2 aria is extraordinarily vivid in its terror and panic, though we could do with some of its orchestral postlude rather than abruptly cutting off the music after the climactic final top D. Chimène’s ‘Pleurez, pleurez mes yeux’ from Le Cid is all grieving introversion, Gounod’s Juliette prepares to drink her sleeping draught with steely, self-willed determination, and Debussy’s Lia mourns the absence of her prodigal son with remarkable intensity: Rebeka is quite superb here, with the cries of ‘Azaël! Azaël!’ sounding almost as if torn from her.

Yet at the same time, not everything ideally suits her. She’s no Carmen, and that hint of metal in the voice makes Juliette’s Waltz fractionally too fierce, despite the brilliance of her vocalism. The Jewel Song, one notices, is gentler in tone, though her Marguerite only really comes into her own in the much-cut ‘Il ne revient pas’ from Act 4, where the sadness really registers and there’s a huge surge of emotion as she imagines Faust’s return. She certainly reminds us, however, that Gounod’s heroines, once past their opening display pieces, demand greater dramatic immediacy than we sometimes hear, and she similarly sings Leïla’s Act 2 aria from Bizet’s Les pêcheurs de perles with a darker, weightier tone than we usually encounter, albeit quite beautifully.

Her conductor, as on her recent Traviata (5/20), is Michael Balke, who sometimes opts for overly expansive speeds. ‘Depuis le jour’ works better taken slightly more swiftly, and he dawdles a bit in Manon’s ‘Adieu, notre petite table’. The playing from the St Gallen Symphony is good, however, with secure and elegant woodwind and brass phrasing, and real warmth and depth in the strings, though the recording itself places the orchestra some way back and Rebeka herself fractionally too far forwards. It’s by no means perfect, though you don’t want to miss the best of it.