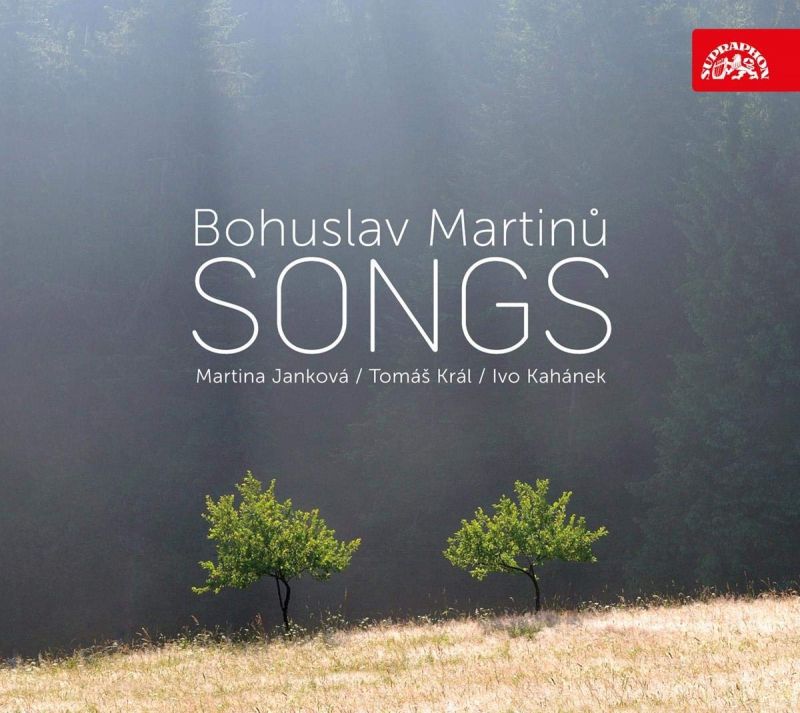 This deeply touching disc gathers together four sets of Martinů’s songs, both early and late. Two thirds of it is given over to the New Slovak Songs, a striking sequence of folk arrangements dating from 1920, when Martinů was still in Czechoslovakia, though they remained unpublished until 1970. The work of a composer who was still finding his voice, they’re shaded towards art songs, offsetting melodic directness with accompaniments that embrace post-Romantic and Impressionist harmonies in their illustration of both the natural and emotional worlds of the texts.

The remaining three sets, in contrast, are original compositions to folk poetry, written during Martinů’s exile in the United States. Remarkable in every way, they pare the Czech folk idiom down to its absolute essence, their terse vocal lines supported by the sparest of accompaniments. There are elements of modernist abrasion in the piano-writing for The New Chap-Book of 1942 that glance back to the works of Martinů’s Paris period in the 1930s. In the Songs on One and Two Pages, however, dating from 1943 and 1944 respectively, we find only the simplest piano chords that frequently drift towards harmonic irresolution. In all three sets, many of the songs last less than a minute, and the effect is at once fragmented and timeless, suggesting brief, painful memories of the country from which Martinů was now tragically separated by war.

Though Martinů probably intended each set to be sung by a single performer, Martina Janková and Tomáš Král divide the songs between them, depending on the sex of the protagonist, turning dialogues into duets when necessary, and Janková’s clear, silvery soprano offsets Král’s light, warm baritone throughout. Nothing is over-dramatised or tipped towards sentimentality, though Janková can often be extraordinarily poignant – the grieving ‘My mother, my mother’, which opens New Slovak Songs, really gets under your skin – while Král is amorous and witty, engaging and soulful by turns. Pianist Ivo Kahánek, meanwhile, binds the songs together with playing of understated dexterity and emotional restraint. It’s a lovely disc, most beautifully done.