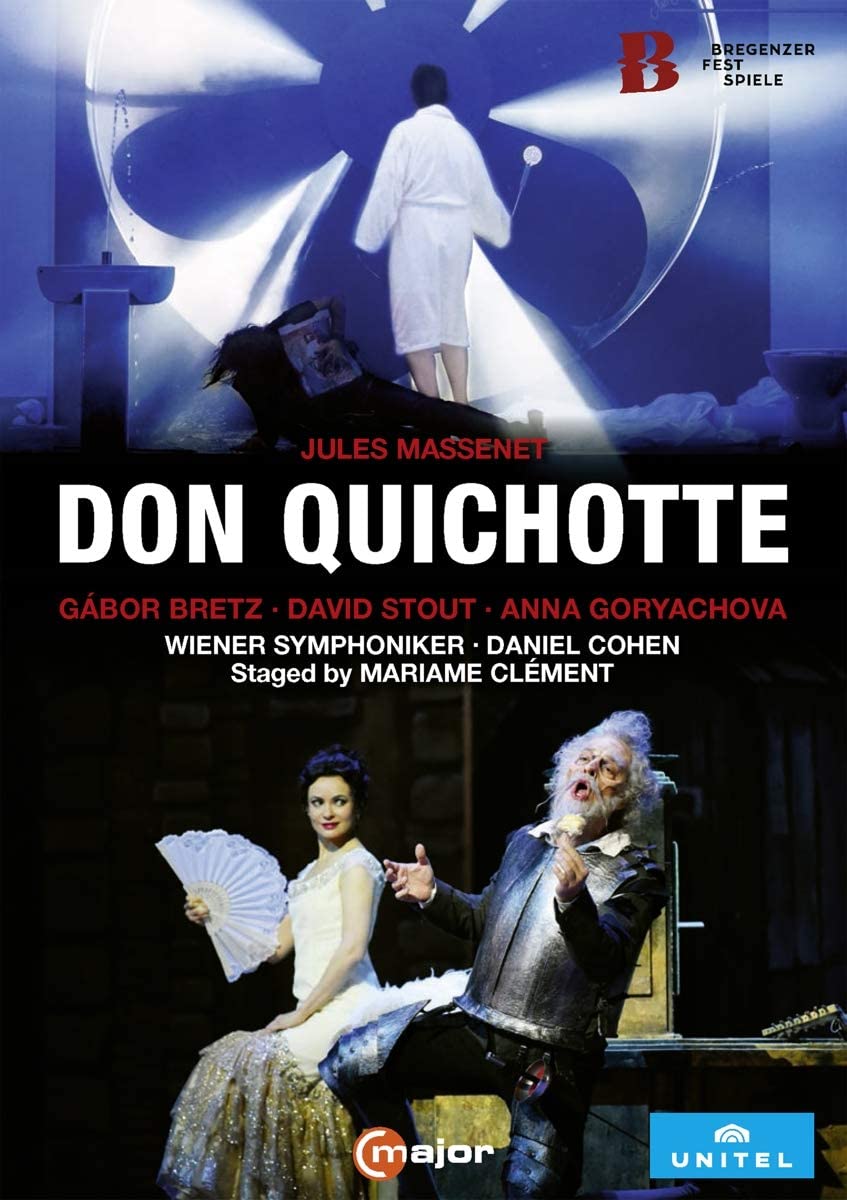 Not unlike Gounod in his opera from Goethe’s Faust, Massenet – towards the end of his career – reduced another nation’s most famous literary icon to the boldest action plot details. He and his librettist worked from a 1904 play adaptation of Cervantes’s novel, creating imitation Spanish mood music to follow Bizet and anticipate Debussy and Ravel. The ironies and rougher edges of the original are Romanticised away – nothing common about this already idealised Dulcinée – yet Massenet’s subtle orchestral palette brings us Préludes (to all the acts except the third) and Entr’actes (after Acts 2 and 4) which deserve still to become as well known as their Carmen equivalents.

After beginning in traditional La Mancha period scenery and costume, Mariame Clément’s indoor Bregenz staging traces a path to neatly chosen contemporary equivalents to Massenet’s and librettist Henri Cain’s scene settings. The Don and Sancho, both played and sung with great detail (if with perhaps rather too similar voice colours), are soon translated to the modern day. Enlarged through the Don’s imagination, the fan on the wall of a shared hotel bathroom becomes the famous windmills he challenges, and a graffiti-daubed back street provides a dangerous home for the Act 3 bandits’ attack. Then Dulcinée has become the CEO of a most The Office-like urban company. A bare tree-dominated scene, only taking up a portion of the stage width (and not unlike Gilbert Deflo’s 2000 Paris staging), suffices for a moving final act in which Dulcinée, after watching from the forestage, exits through the audience into blinding light.

If Clément’s staging is a touch sentimental, that seems a tactic most appropriate to this version of the story. Musically everything is well sorted and balanced under the baton of Daniel Cohen, who keeps a good pulse while never exaggerating the more choreographed scenes. Filmed with good attention to both the rhythm and geography of the production and well recorded from an audio point of view, this new set can be warmly recommended.