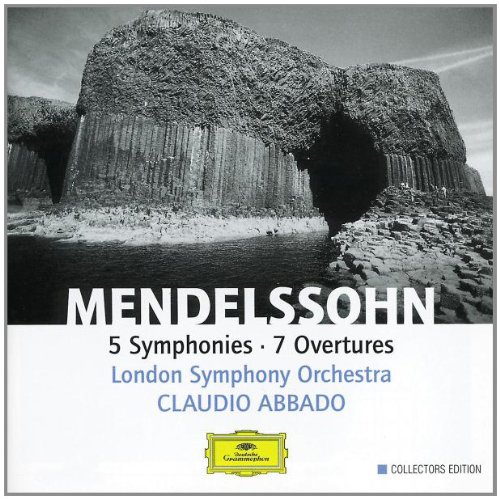 It is in the choral Second Symphony that the advantage of the wide-ranging digital sound comes out most strikingly, in clarifying the big tuttis with choir, at the same time providing extra weight of sound, notably in the way that pedal notes on the organ come over in a rich and realistic way. As to interpretation, Abbado in the first instrumental movement conveys a keener sense of joy with a wide expressive range. Again, in the choral finale Abbado’s speeds tend to be a degree more relaxed and the sense of joyful release is all the keener. His three soloists are very fine and their tonal beauty and natural feeling for words and phrasing are a delight. So too is the singing of the London Symphony Chorus, particularly beautiful in the chorale, ‘Nun danket alle Gott’.

It is that avoidance of Victorian blandness which is striking in Abbado’s accounts of Nos 1 and 5. In No 1 he is tough and biting, slower and simpler in the second movement, returning to a tough, dark manner for the Minuet and finale. This is a performance which has one marvelling that Mendelssohn could ever have countenanced the idea of the Octet Scherzo as substitute, a piece so different in mood. The first movement of the Reformation finds Abbado in dramatic mood, and crisper and again quicker in the second movement Allegro vivace.

In both the Scottish and Italian Symphonies Abbado’s earlier Decca versions clearly come into contention, but where in the Scottish the differences of interpretation are relatively unimportant – mainly a question of the slow movement being a little slower and heavier this time – those in the Italian are more striking. Here the outer movements are fractionally faster than before, and that difference brings just a hint of breathlessness in the playing of the LSO; but whatever my disappointment over those movements, this is now the most centrally recommendable version of the Italian on CD.

As for the overtures, they too bring fresh and attractive performances, very fast and fleet in the fairy music of A Midsummer Night’s Dream and with the contrast between first and second subjects of The Hebrides underlined. This was one of Abbado’s biggest recording projects with the orchestra of which he was music director and remains a richly rewarding legacy.