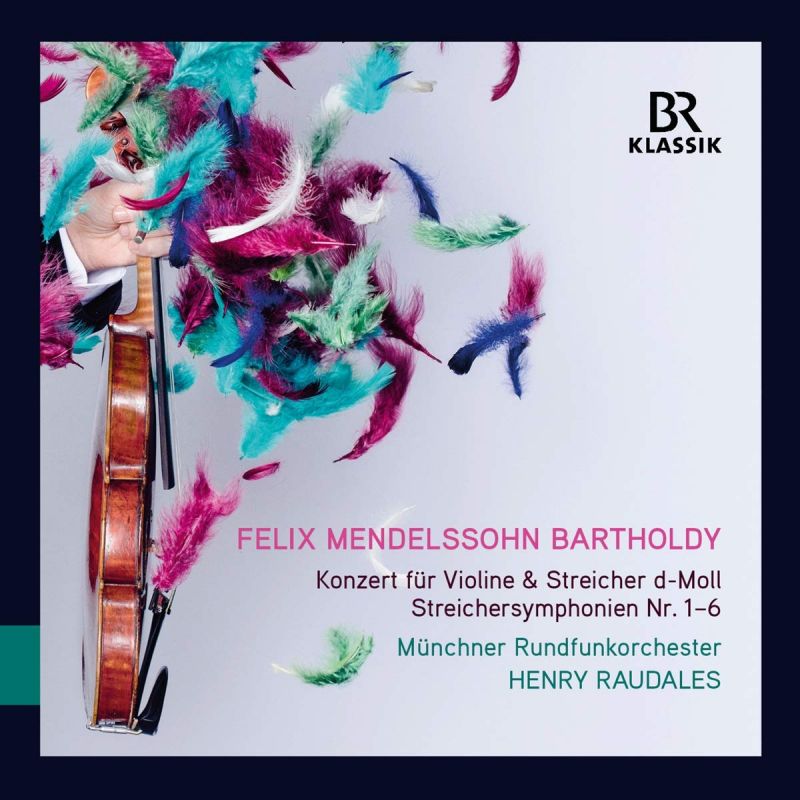 Mendelssohn never intended for his 12 string symphonies to be published. Composed from around 1821, when he was just on the cusp of his teens, these concise and buoyant three-movement works (probably initially modelled on CPE Bach’s symphonies) were for him essentially symphonic études, and collated as such in a carefully dated exercise book reserved for their purpose. So it would be interesting to know what he would have felt about their now having a public life after his exercise book was unearthed in 1950. Likewise his early Violin Concerto in D minor, composed around the same period for his violin teacher and close friend Eduard Rietz, which again was a discarded work until it was revived in the 20th century by Yehudi Menuhin.

The reason I mention all this is because in my view these works do demand an extra sprinkle of musicianly fairy dust to lift them into the realm of music worthy of our ears beyond their interest as historical documents. So it’s hats off to the Münchner Rundfunkorchester and their concertmaster Henry Raudales for giving us some of that here with their programme-opening D minor Violin Concerto. This opens bright of tone and light of weight, with a crisp, neatly delineated and urgently scurrying first statement from the orchestra complemented by neat, lithe elegance from Raudales himself. It’s their final Allegro I like most of all, though, because this is unashamedly good fun: effervescent and technically perfect little cadenza spots from Raudales which showcase the thoroughly Mendelssohnian upper-register delicacy and gossamer textures, cheekily supported by an orchestra right on the nanosecond of their every sudden start and stop.

The readings of the first six string symphonies which follow have a similar en pointe freshness to them. However, with these I can’t help leaning more towards the very first recording made of them, back in 1971 by Kurt Masur with the Lepizig Gewandhaus Orchestra (DG, 10/72 – available to download or stream), for the slight extra bit of weight and pep they carry. That’s not to say that the symphonies don’t have their racy moments with these Munich musicians, though, and indeed some might actually prefer their slightly lighter touch.

Symphony for Strings No. 6

Symphony for Strings No. 4

Symphony for Strings No. 3

Symphony for Strings No. 5

Symphony for Strings No. 2

Symphony for Strings No. 1