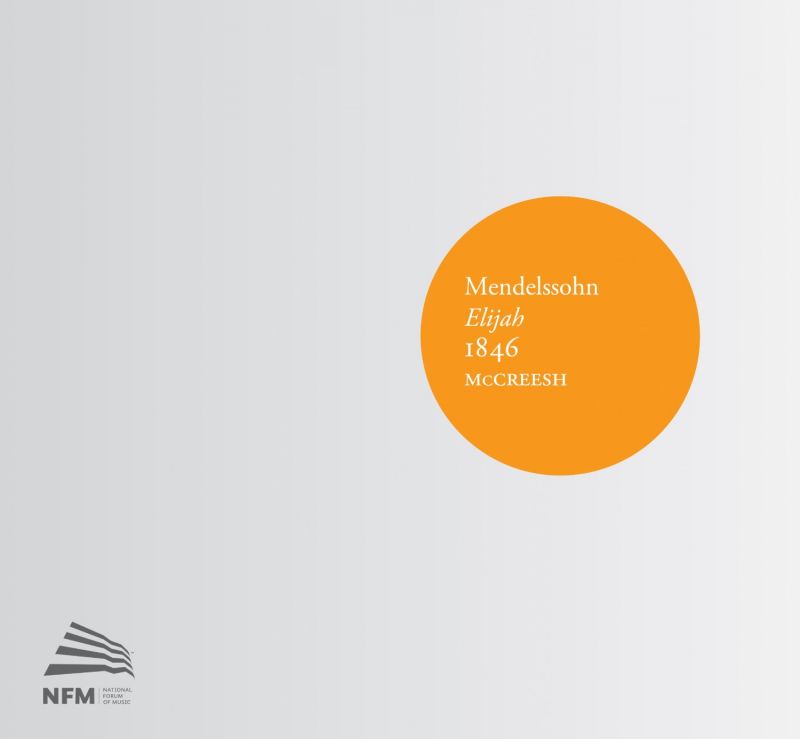 I’m not a fan of filmed concerts but I do wish this recording had been made for DVD, as the performance at the Proms that preceded it was a visual knockout as well as an aural one. The choir area of the Royal Albert Hall was filled with 300 singers, and the orchestra numbered well over 100. Paul McCreesh sought to recreate the conditions of the premiere and of later 19th-century performances: so not only were the woodwind and some of the brass doubled but there were slide trumpets, ophicleides and serpents. Most spectacular of all was the contrabass ophicleide, said to be the only playable one in the world, which towered over the orchestra like the funnel of a Mississippi steamer.

Those forces are present here but all the ‘authenticity’ in the world is of no use unless the performance takes wing. This one certainly does; but let me get a minor reservation out of the way. When I reviewed a recording under Wolfgang Sawallisch (Profil, 9/11), I regretted the absence of the organ ‘to lend weight to the choruses’. Here McCreesh overdoes it, even having the organ play when the instruction is senza organo. But it’s a splendid beast and, except in one instance, you would never know that it was dubbed on electronically.

Holding this together must have been a problem but McCreesh is much more than a traffic policeman. The sound is massive when required, but the articulation is never unwieldy and there is delicacy too. He fails to bring out the tenors’ tune in ‘He that shall endure’ but otherwise his direction is hard to fault. Simon Keenlyside is more impressive than he was in the Albert Hall: a beautifully sculpted line in ‘Lord God of Abraham’ but also formidable rage in ‘Is not his word like a fire?’. If Robert Murray can’t match the honeyed grace of Richard Lewis on Sargent’s second recording (EMI, 4/57), he is perfectly acceptable. Sarah Connolly and Rosemary Joshua are both excellent. From the (unconscious?) crib of ‘Death and the Maiden’ at the opening to the final ‘Amen’, this is a triumph.