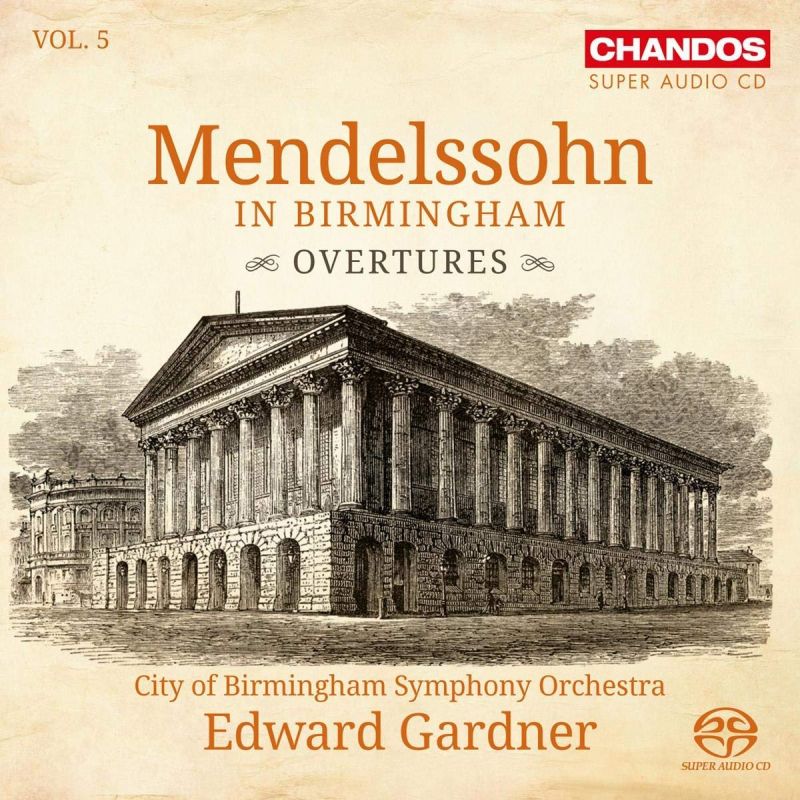 This engaging disc of Mendelssohn’s overtures forms the final volume of Edward Gardner and the City of Birmingham Symphony Orchestra’s survey of the composer’s major orchestral works. It’s carefully programmed to place the familiar alongside the less well known, the rarities, in this instance, including the early Trumpet Overture, composed in 1826 just before A Midsummer Night’s Dream (the late opus number is deceptive), the Overture to St Paul, seldom heard away from an oratorio that is itself performed infrequently, and the once popular Athalie, which nowadays we don’t perhaps hear as often as we might.

The performances, as one might expect, are for the most part exemplary. Gardner is often keenly alert to both the emotional tone and innovations in sonority and structure of each work. Meeresstille und glückliche Fahrt is particularly fine, as the immovable D major harmonies and shifting string chords at the start gradually give way to a buoyant allegro that tingles with excitement. There’s plenty of drama between the seductive water spirit and her blustering human lover in Die schöne Melusine. St Paul, its thematic material based on the Lutheran choral ‘Wachet auf’, sounds noble and fervent without ever tipping into sanctimony, while The Hebrides, propelled forwards with understated urgency, is as atmospheric and haunting as one would wish. Only in Athalie, perhaps, does the tone briefly falter as Gardner, seeking to avoid bombast, one suspects, plays down the genuine majesty of the opening. That the ceremonial Trumpet Overture sounds a bit stiff is Mendelssohn’s responsibility, not his.

The CBSO, meanwhile, are superbly responsive throughout, playing with a combination of great brio and scrupulous attention to detail. The woodwind sound particularly lovely at the start of Melusine and the unwinding flute solo at the centre of Meeresstille, heralding movement after becalmed stillness, is most beautifully done. Ruy Blas crackles with energy, while A Midsummer Night’s Dream genuinely beguiles with its filigree textures and hints of slightly sinister magic, though I prefer the fractionally greater lightness of Iván Fischer here, in his Budapest Festival Orchestra performance of most of the incidental music (Channel Classics, 8/18). The Chandos recording is warm, spacious and carefully balanced. It’s an excellent conclusion to a very fine series.

Overture to A Midsummer Night's Dream