A revealing reading of a much-loved concerto 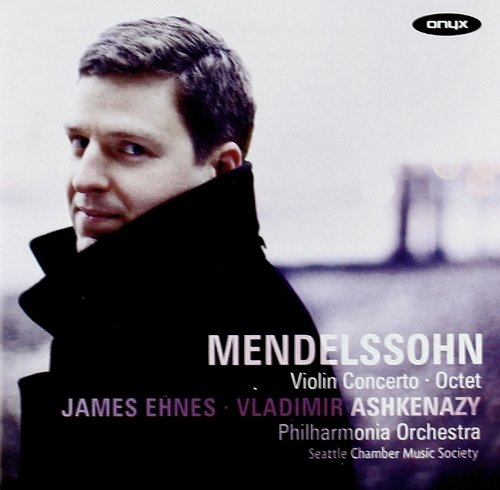 Bringing something new to established repertoire: surely that’s the ultimate test of any artist. If so, James Ehnes has done it again, in a Mendelssohn coupling identical to Daniel Hope’s (though the British violinist performed the unfamiliar earlier edition of the Concerto).

The first thing that hits you about Ehnes’s reading is the rhythmic propulsion of the concerto’s outer movements, which lifts the music, revealing its glorious bone structure. In the hands of lesser musicians than Ehnes and Ashkenazy this could simply sound fast, yet there is so much compelling, beautifully observed phrasing that the effect is instead completely uplifting. It’s there again in the first movement of the Octet, and once more the sense is of a joyous, exhilarating ride rather than anything overly driven. Ehnes is a musician of consummate imagination (and technique!) coupled with a lack of ego that is completely winning. Just sample the way he and his Seattle Chamber Music colleagues judge the coda of the Octet’s Allegro moderato ma con fuoco. Con fuoco indeed.

Another aspect which is particularly winning is the creaminess of Ehnes’s lower register, so you really appreciate the lows (literally) as well as the highs in the Concerto. The Andante movements of both works are characterised by a caressing but never cloying approach (a million miles away from Mutter’s recent live recording of the concerto). I continue to return to Joshua Bell for his irresistible sound in the Concerto’s slow movement, and to Hilary Hahn for a freshness comparable to Ehnes, but this is absolutely up there with the best of them.

As for the Octet, sample the Scherzo and see if you’re not won over. Of course, everyone has their own favourite in this much-recorded work, but I certainly don’t plan to live without this new version.