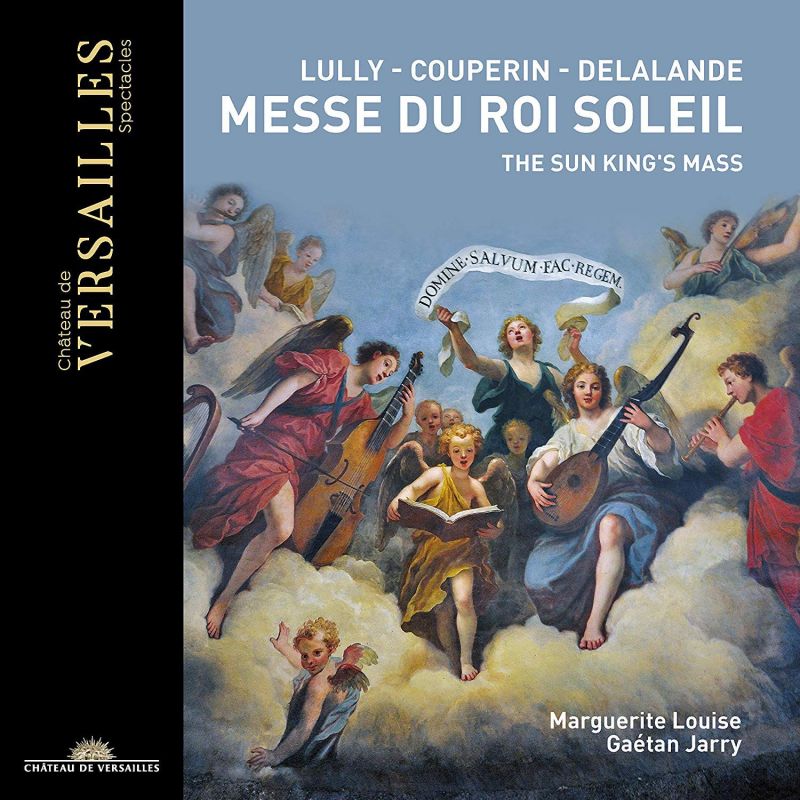 This is an imaginary confection of a Mass for the Sun King. Music within worship at the court of Louis XIV happened on different sorts of Sundays and other occasions at various chapels in numerous palaces, and ranged in scale and genre from simple to elaborate. Rather than reconstructing a single event, this is a mixture of the diverse sorts of music heard during both ‘low’ ordinary Sunday Masses and on about 10 ‘great’ feast days of the year.

Recorded in the spectacular royal chapel at Versailles inaugurated only five years before Louis XIV’s death, proceedings commence with the chapel bell tolling, and the arrival of the king in his gallery is announced by a little march for fifes and side-drums by André Danican Philidor (court woodwind player, percussionist and royal music librarian). A short piece by Jean Adam Guilain is played on the large organ painstakingly rebuilt in the 1990s after centuries of butchery. Next is Lalande’s grand motet Exaltabo te, Domine, a setting of Psalm 30 composed for the royal chapel in 1704 but reworked in 1720; this enchanting performance by the ensemble Marguerite Louise is typified by the consecutive triptych of movements incorporating weightless high voice soloists accompanied by recorders (‘Ego autem dixi in abundantia’), broodingly atmospheric low bass instruments in a slow solo for tenor (‘Avertisti faciem tuam’) and a suspension-laden penitential chorus (‘Ad te Domine clamabo’).

During the Offertory, two short pieces from Couperin’s collection of two organ Masses (published 1690) are played either side of his petit motet Venite exultemus Domino – accompanied only by continuo, some of its two soprano solo parts are sung by the entire female voices of the choir (allegedly evoking the practice of the nuns at Saint Cyr). After a plainchant antiphon for communion on the feast of St Louis, the finale is Lully’s grand motet Exaudiat te Dominus (1687), a setting of Psalm 20 performed with panache. Gaétan Jarry plays the organ solos piquantly, and directs with sensitivity for nuanced phrasing and textures.