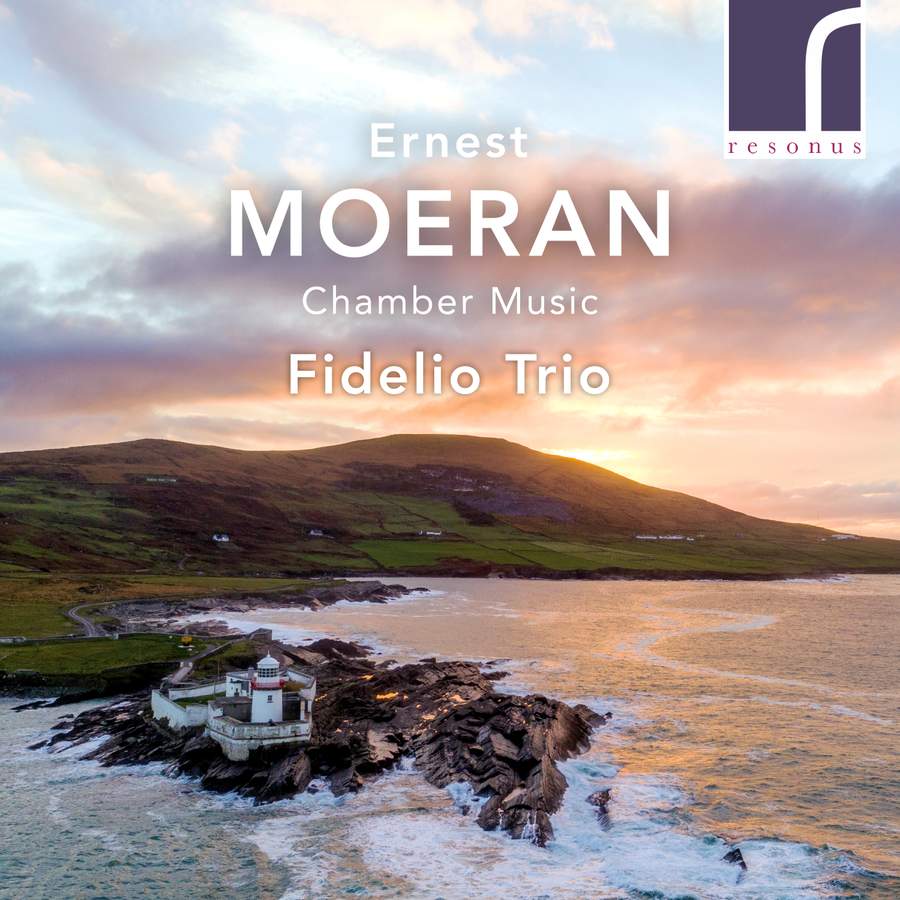 Writing in the booklet, the Fidelio Trio’s violinist Darragh Morgan and pianist Mary Dullea eloquently describe their strong ties to – and genuine love for – the music of Ernest J Moeran. Belfast-born Morgan got hooked after hearing Vernon Handley’s blistering performances of the magnificent Symphony in G minor with the Ulster Orchestra, while Dullea went on to instigate an annual summer festival of chamber music on County Kerry’s Valentia Island, around 50 miles west of Kenmare (the composer’s Irish base, where he died on December 1, 1950).

Especially valuable here is the superbly articulate and memorably affectionate advocacy lent to the disarming Piano Trio (dating from 1920 and comprehensively overhauled five years later) and which serves to remind afresh just what gloriously lyrical and exuberant invention there is to be found in this offering, with its stylistic echoes of Ravel, Vaughan Williams and Moeran’s then teacher, John Ireland. Completed in 1923, the Violin Sonata builds on the not inconsiderable achievement of the Piano Trio, its progressive writing at times strikingly prescient of major works to come. At the same time, the plangent, darkly oppressive mood of its remarkable central Lento in particular intriguingly calls to mind Arnold Bax’s turbulent output from this same period (I’m thinking of the Second Violin Sonata and Second Piano Sonata) and even Frank Bridge’s craggy contemporaneous Piano Sonata.

In its impressive concision, contrapuntal resourcefulness, tangy harmonic scope and strikingly idiomatic assurance, the Sonata for two violins from 1930 has much in common with the terrific String Trio conceived around the same time (the quicksilver Presto scherzo is an absolute delight). That merely leaves the touching Prelude that Moeran wrote in 1943 for the cellist Peers Coetmore (with whom he had recently fallen in love – and the inspiration for his sublime Cello Concerto and riveting Cello Sonata from 1945 and 1947 respectively).

First-rate sound and balance complement the exemplary music-making. As should by now be clear, this enterprising anthology yields copious rewards and can be welcomed without reservation.