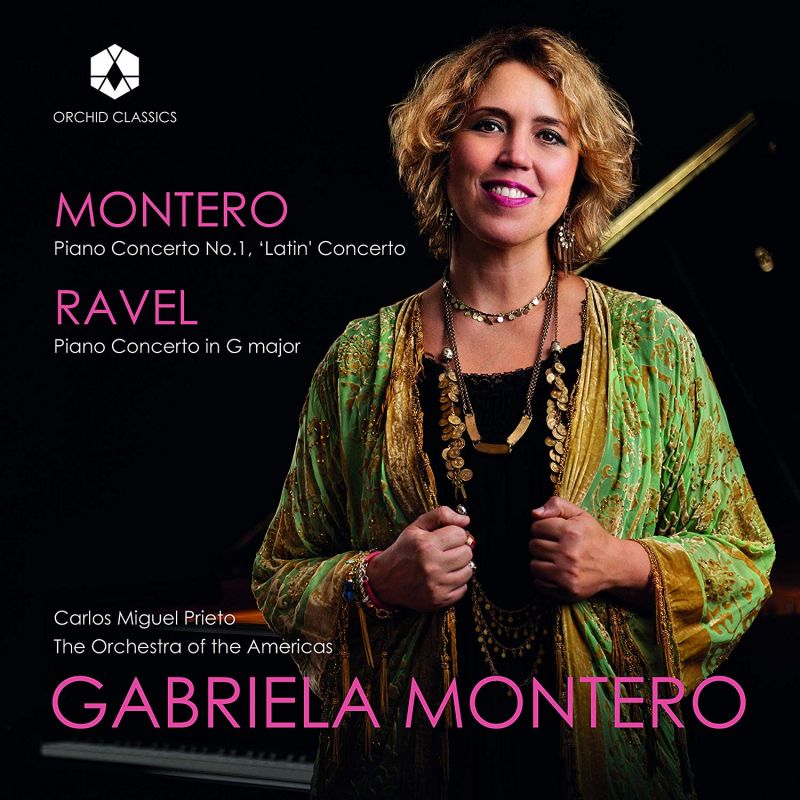 As person and pianist, Gabriela Montero has always been unequivocal in outlook and it is little surprise she has turned to composition after making her name through reviving the latterly neglected art of improvisation (whether of her own or of others’ music) in recital.

Those having heard her rhapsody Ex patria (9/15) will appreciate Montero’s command creatively and executively, and her First Piano Concerto proves no less assured. Its Latin subtitle indicates the Latin American inflections which are everywhere apparent, not least in the opening Mambo with its propulsive rhythmic interplay. The Andante emphasises a melodic domain that imparts touching intimacy to the dialogue of soloist and orchestra, then the finale displays its venezolano epithet in a movement all the more engaging for its brevity.

Having Ravel’s Concerto in G as the coupling makes sense inasmuch as this piece embraces its past and present no less vividly. Montero has the measure of the first movement’s emotional ambivalence, not least that spellbinding episode before the reprise of the second main theme, then suffuses the Adagio with expressive raptness that never cloys. The final Presto ensures a bracing close, though others have teased greater subtlety from behind its whimsical facade.

Competition is stiff in the Ravel – Hélène Grimaud (Warner) and Anna Vinnitskaya (Naïve) being among the strongest recent versions, while the virtues of classics by Martha Argerich (DG) and Alicia de Larrocha (Decca) endure. Montero holds her own, however, and the only proviso is the short duration: surely another improvisation would not have been misplaced?