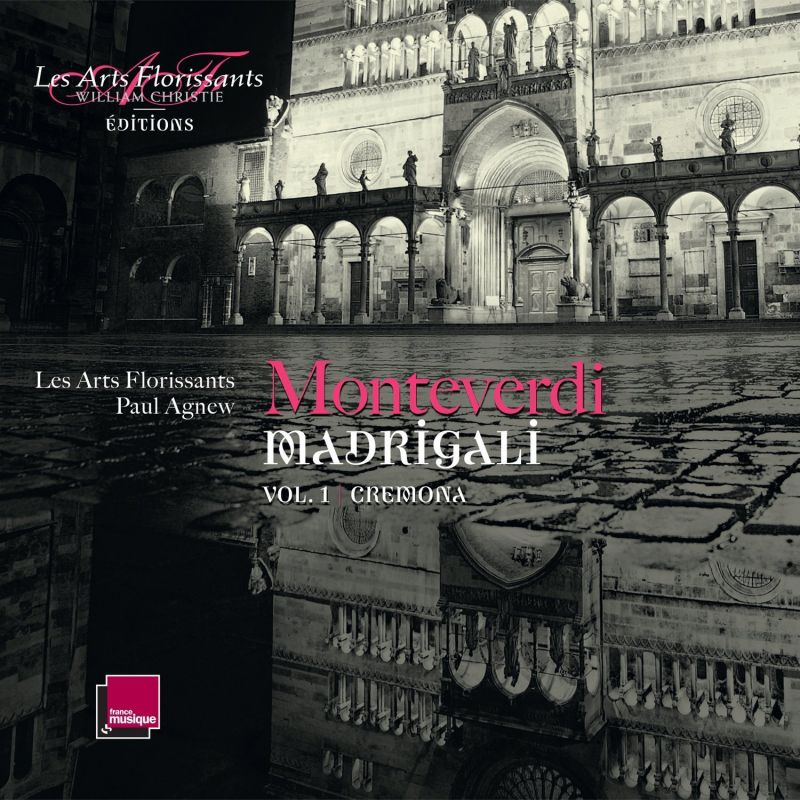 From the outset, the young Monteverdi knew how to clothe lovers’ torment in music so beguiling as to induce the suspension of disbelief (in even most cynical listener) at the artificiality of his madrigal texts. With the opening phrase of ‘Poi che del mio dolore’, published when the composer was still in his teens, the protagonist’s pain and Love’s delight in causing it are evoked in the same moment. Whether or not it was planned that way, Paul Agnew and his singers impart to this passage a hesitancy, a poignant frailty that adds a further emotional layer to the construction. If a keen sense of the interpretative moment is the hallmark of ensemble performance at its best, then this new Monteverdi instalment from Les Arts Florissants deserves to be held up as such.

Chronologically, this second disc of a set of three is out of sequence: it offers a selection from Monteverdi’s first three madrigal books, issued between 1587 and 1592 (subsequent books would be more spaced out). The madrigals from this Cremonese period are not as well known as those of the subsequent Mantuan period in the previously issued Vol 2 – hence perhaps the label’s decision to issue the latter first. I reviewed that volume very enthusiastically in January, praising its cohesion and spontaneity, the sense of risk-taking without a safety net. One might say the same of this one: in several places, particularly in Book 1, the music is taken by the scruff of the neck, the beat accelerating to the point where one anticipates things coming unstuck (try the ‘thousand burning flames’ of ‘Questa ordì il laccio’, or the lover’s ‘demented words’ in ‘Arsi e alsi à mia voglia’, the contrariposta to ‘Ardo sì ma non t’amo’). Agnew’s selection from the next two books is as astute as before, and includes the ‘mini-cycle’ that concludes Book 3. I particularly enjoyed the breathless depiction of the hunt in ‘S’andasse Amor à caccia’ and the contrastingly leisurely progress of ‘Ecco mormorar l’onde’.

Monteverdi completists will note the lack of competing accounts of Books 1 and 3 from Concerto Italiano, while Book 2 boasts comparably fine readings by both them and La Venexiana. Either way, this ‘pocket cycle’ from Les Arts Florissants deserves a space on the shelf next to them. That these are live perfomances, and in a relatively dry though not unflattering acoustic, contributes to the sense of spontaneity. It also accounts for the odd stutter, which repeated listening, however, doesn’t aggravate. As with the previous volume, packaging, presentation and accompanying essays are respectively handsome, clear and illuminating. One is torn between regret that there is to be only one further volume, and anticipation at what it might bring.