MONTEVERDI The Other Vespers 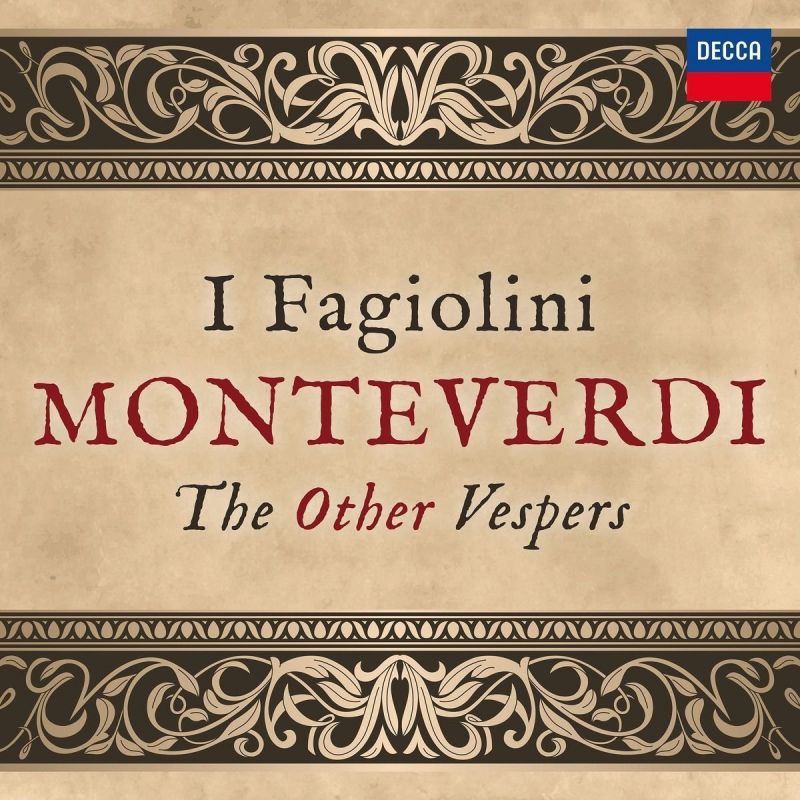 There is only one eyewitness report of Monteverdi directing Vespers music after his permanent relocation to Venice: the Dutch tourist Constantijn Huygens attended a Vespers for the Feast of St John the Baptist on June 24, 1620 (probably at SS Giovanni e Paolo), and ‘heard the most perfect music I think I shall ever hear in my life’. This enigmatic occasion has prompted several speculative reconstructions of an alternative Monteverdi Vespers making use of music selected from his large Venetian anthology Selva morale e spirituale, published in 1641 but its content presumably written across many years; the collection is rich in multiple settings of psalms necessary for important male saints’ feasts (and much else), so Robert Hollingworth’s mischievously titled ‘The Other Vespers’ represents just one of a range of possible alternatives.

Recorded during chilly November conditions at St George’s Church, Chesterton, there is plenty of warmth and animation in the superb music-making. I Fagiolini’s consort and solo singing are exemplary, and on a few occasions fuller choral moments are bolstered by eight talented students from The 24 (Hollingworth’s recently founded chamber choir at the University of York). Five psalms and a hymn from Selva morale are placed within a plausible liturgical context between plainchant antiphons (sung with unaffected simplicity) and plenty of music by Monteverdi’s contemporaries.

Viadana’s response Domine ad adiuvandum (1612) is adorned with liberal embellishments from cornettist Andrea Inghisciano; Gawain Glenton’s seductive cornett floats sensitively above a fascinating sacred contrafactum of a Palestrina madrigal, its polyphony reworked by Giovanni Battista Bovicelli into a stylishly devised example of how to ornament (Ave verum corpus). Castello’s Sonata in D minor (1629) is played with conversational charm by violinist Bjarte Eike, and organist Catherine Pierron demonstrates a nimble touch in a Frescobaldi Toccata (1637). The English Cornett & Sackbut Ensemble displays its expertise in a solemn eight-part Sonata by Monteverdi’s Venetian colleague Francesco Usper (1619). The largest-scale music is a 14-part Magnificat by Giovanni Gabrieli (1615), which captures the perfect incongruity of polished gutsiness, whereas five solo voices sing with eloquent intimacy in Ignazio Donati’s motet Dulcis amor Iesu! (1616). Throughout proceedings the continuo realisations of theorbists Lynda Sayce and Eligio Quintiero are impeccable.

In such sure hands (and throats) as these, Monteverdi’s psalm-settings reach their fullest capacity to enchant and astonish. Dixit Dominus (primo) achieves a thrilling synergy of articulate instrumental playing, fulsome choral ripienos and dexterous solo singing. Sonorous textures doubled by trombones and harmonic twists from the violins are balanced perfectly in the descending chromaticism that word-paints ‘misericordia’ in Laudate Dominum (primo). Hollingworth argues in his booklet note (and more extensively online at a microsite dedicated to the project) that Monteverdi’s triple-time signatures are commonly performed too quickly – in a nutshell, he reckons that a late-Baroque dance aesthetic has been misapplied to Monteverdi’s late-Renaissance practice. These scholarly ideas directly inform the shape and personality of these gorgeous reinterpretations. Seen afresh in this light, Confitebor tibi, Domine (secondo) lilts gently and with delightful translucence, its measured pace aligned to an affectionate tone of delivery from the superb solo trio Ciara Hendrick, Nicholas Mulroy and Jonathan Sells. Similarly, the evergreen Beatus vir (primo) springs a double surprise: the opening section (four beats in a bar, over a ground bass) is a notch quicker than is usually the case (its light flexibility of touch and articulate delivery of text means that the details are never in jeopardy of being blurred in a rush), but the ensuing dancelike, triple-time middle section adopts a slower and softer pulse than usual. This means that the violin ritornello has increased lyricism, the florid solo voice parts are more congruent (the duo singing of mezzo-sopranos Clare Wilkinson and Ciara Hendrick is lovely), and the singers are able to communicate the text with more effective clarity than is often the case at a quicker speed. What’s more, the word-setting actually makes more sense when performed like this. Monteverdi’s small-scale setting of Salve, o regina (1624), sung mellifluously by Matthew Long, is a beautifully understated conclusion.

In truth, the choice of Monteverdi psalm-settings has a fair bit of overlap with Gustav Leonhardt’s ‘Vespri di S Giovanni Battista’ (Philips, 4/89) and also Rinaldo Alessandrini’s award-winning ‘Vespri solenni per la Festa di San Marco’ (Naïve, A/14), but Hollingworth’s curiosity to ask difficult questions and put practical suggestions to the test within a contextual performance brings more to mind the philological instincts and musical qualities of Andrew Parrott (to whom this recording is dedicated as ‘a respectful hommage’).

I Fagiolini were never going to offer anything mundane for the composer’s 450th birthday celebrations, and this ‘other Vespers’ contributes fresh ideas about how to interpret music about which plenty of matters are far from settled, in addition to being a fine advocacy of Monteverdi’s later Venetian-period sacred works.

MONTEVERDI The Other Vespers