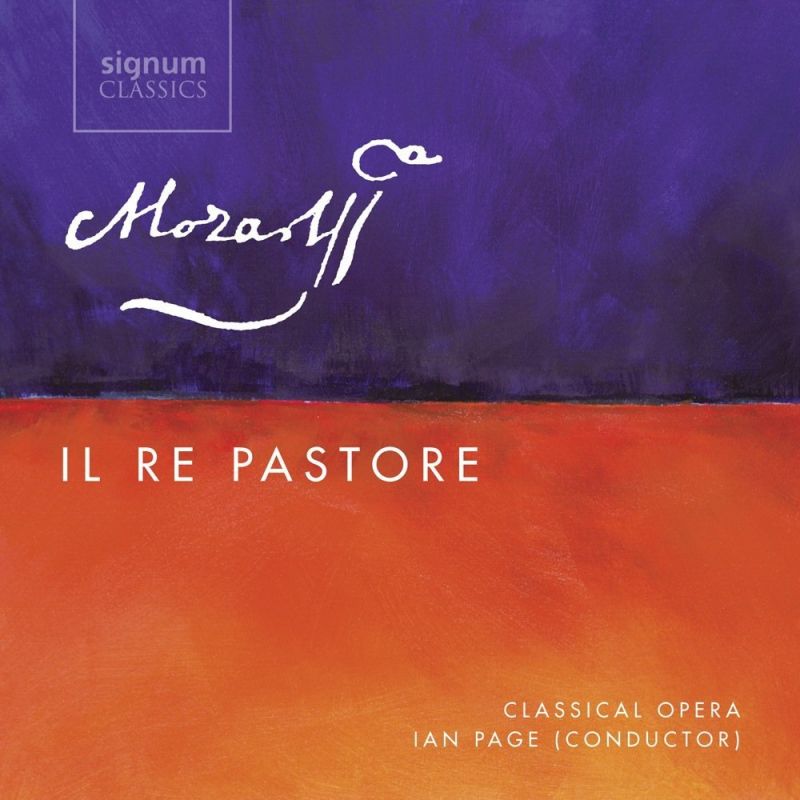 Metastasio’s serenata Il re pastore was devised for the domestic amusement of the Habsburgs at Schönbrunn in 1751. It had already been set to music at least 14 times when an abridged and adapted version was set by the 19-year-old Mozart on the orders of the Prince-Archbishop of Salzburg; its semi-staged production on April 23, 1775, was part of the entertainment provided during a visit by Archduke Maximilian (Joseph II’s youngest brother). There have been some engaging recordings – Marriner (Philips), Harnoncourt (Teldec) and Wentz (Brilliant) – but it is hard to imagine hearing another performance as convivial and life-affirming as this. The Orchestra of Classical Opera play supremely well: each strand of the musical fabric in the concise ‘Overtura’ is delineated joyously (especially the shaded horns). Ian Page’s unobtrusive pacing of the pastoral mini-drama and sage weighting of orchestrally accompanied recitatives pull the listener along gently, and each of Mozart’s perfectly etched ritornellos is articulated with impeccable balance and shape. The continuo group of Steven Devine (harpsichord), Joseph Crouch (cello) and Cecelia Bruggemeyer (double bass) ensures that recitatives flow naturally.

The shepherd Aminta is brought to life scintillatingly by Sarah Fox: the superb cadenza at the close of ‘Aer tranquillo e di sereni’ conveys the humble dignity of the shepherd who does not yet know he is the rightful king of Sidon, and Fox’s gorgeous singing in the rondò ‘L’amerò, sarò costante’ is matched by Matthew Truscott’s tender violin obbligato and the orchestration of muted strings and pairs of flutes, cors anglais, horns and bassoons. Ailish Tynan’s shepherdess Elisa sparkles sweetly, offering flawless technique and an endearing characterisation; the duet between Tynan and Fox at the end of Act 1 is the apogee of their characters’ blissful giddiness (‘Vanne a regnar, ben mio’). Anna Devin has a touch more steel in her characterisation of the disguised princess Tamiri, which means that all three soprano parts are sung with equal accomplishment but differentiated clearly. John Mark Ainsley’s Alexander the Great dispatches florid lines masterfully; the magnanimous conqueror’s description that storms and rainfall have given way to enlightened happiness (‘Si spande al sole in faccia’) inspires the tenor to peal out his freshest singing on record for years. Benjamin Hulett’s performance as Alessandro’s beleaguered ally Agenore steals the show in the anguished C minor soliloquy ‘Sol può dir come si trova’ – a thrilling outburst of Sturm und Drang intensity that is probably Mozart’s finest creation for a tenor voice before Idomeneo.