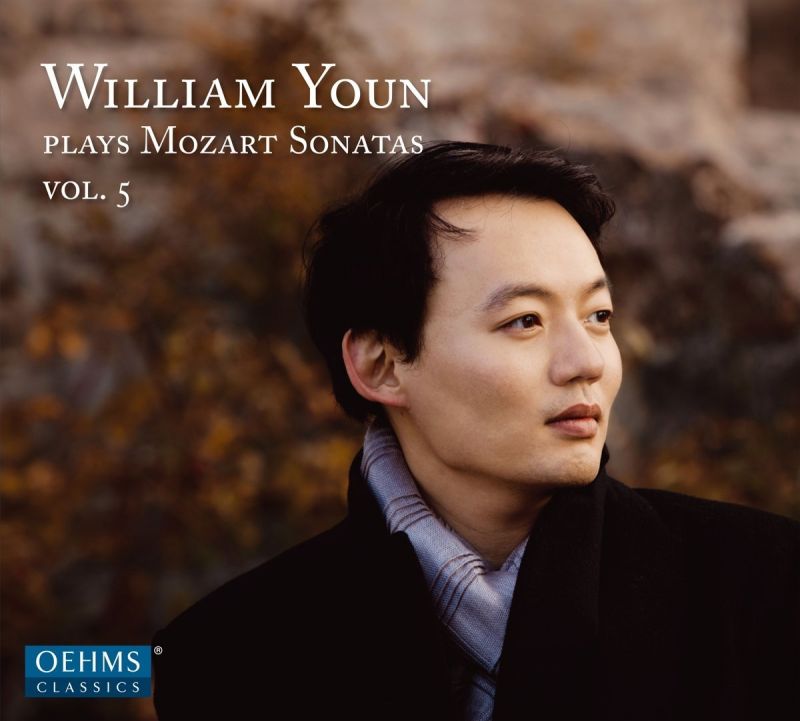 I much enjoyed William Youn’s previous volume of Mozart (1/17) and this latest disc by the Korean-born, Munich-based pianist is every bit as fine. Here we have playing that is absolutely at the service of the composer yet also full of personality. He is fully alive to the contrasts in the opening Allegro of the D major Sonata, K284 – now in mock-military mode, now seamless legato, the trills so sharp they could cut you. The simplicity with which the second-movement ‘Rondeau en polonaise’ unfolds is again a tribute to Youn’s innate musicality, even if Uchida is more rapt still. But the main event of this sonata is the extended variation-form finale. Youn is alive to its sheer variety, from the tiptoeing entry of Var 5 to the manic energy in the hand-crossing Var 6, which is brought to a halt by the most touching shift to the minor (Var 7). The dreamy penultimate variation is also intensely moving in Youn’s hands, giving way to a playfully triumphant Var 12.

The C major Sonata, K309, is just as compelling, Youn relishing the tension between extrovert and introvert in the first movement, the octaves never sounding out of scale, despite the modern instrument. After the shy elegance of the Andante un poco adagio, Youn palpably enjoys the playful finale, its hunt-like motifs given with wit but never over-egged.

He chooses to preface the C minor Sonata, K457, with the Fantasy, K475, as Haefliger does on his disc. Youn’s reading of the Fantasy is one of the highlights here: he is fully alive to the importance of the silences within it, while also letting the music build and billow without ever lapsing into melodrama. And the sudden outburst of toccata-like writing (at 7'59") is thrilling indeed. In the Sonata, the bald outlines of its opening are judged to a nicety – dramatic but not hectoring – though I very much like Brendel here in his recording from 2000, where he internalises the movement’s Sturm und Drang to profound effect. Haefliger sets off at a lightning tempo, perhaps slightly too fast for the drama to tell sufficiently, though the elfin high-lying writing is undeniably effective. Youn manages to sound entirely natural in the slow movement – no mean feat, as anyone who has ever attempted it will know – while Mozart’s endless changes of direction in the finale are conveyed with great panache.

This is beguiling Mozart-playing – innate, intelligent, honest and fiercely musical.

Sonata for Piano No. 7

Sonata for Piano No. 6