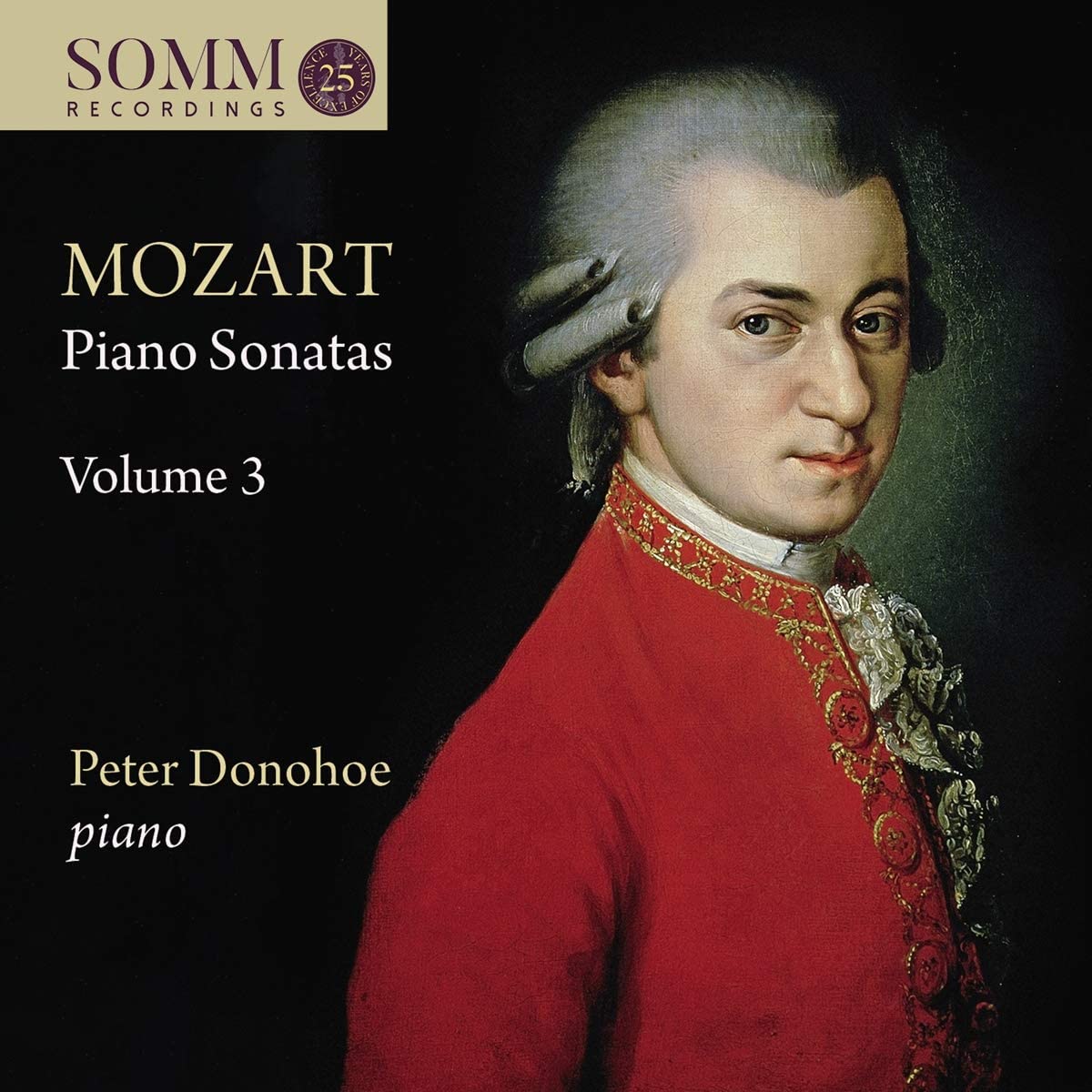 While certain pianists approach Mozart sonatas in the manner of visual artists who favour pastels and subtle hues, Peter Donohoe often applies primary colours in broad brushstrokes. Virility and propulsion dominate K330’s outer movements, where phrases transpire in long lines that occasionally rush ahead in anticipation of their final destination, consequently pushing the tension up a notch. By contrast, Donohoe’s full-throated yet stylistically contained Andante cantabile corroborates the composer’s essentially operatic DNA. At first it seems that Donohoe’s holding back the D major K576’s opening Allegro signifies caution, yet his tempo choice allows the embellishments more wiggle-room to speak and breath. He downplays the Rondo theme’s potential for triteness by focusing attention on the left hand, especially the superbly articulated downward runs.

The A major K331’s theme-and-variations first movement seems to play itself by virtue of Donohoe’s simplicity, grace and insidious tempo relationships. He rightly feels the central Menuetto in one beat to a bar, while projecting a conversational contour between both hands. The ‘Rondo alla turca’ may strike some as too jaunty for a bona fide Allegretto. Yet Donohoe avoids glibness by not being afraid to roughen up his tone when warranted and giving accents an extra emphatic kick, such as on the up-beats that lead into the second theme (0'41").

Donohoe reveals the great B minor Adagio’s intense expressive points through intelligent attention to voice-leading, rather than imposing the weight of the world on to the music. And the little G major Gigue takes wonderful wing as Donohoe slyly shifts points of balance and emphasis on the repeats, while bringing out Mozart’s brilliant, vertigo-inducing cross-rhythmic effects. Christopher Morley’s excellent booklet notes and Somm’s robust engineering enhance my recommendation, and I look forward to this Mozart sonata cycle’s further instalments.