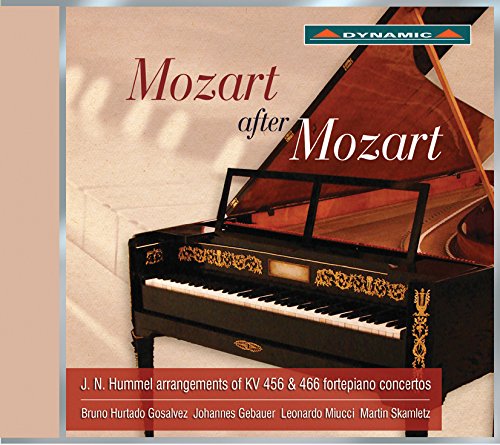 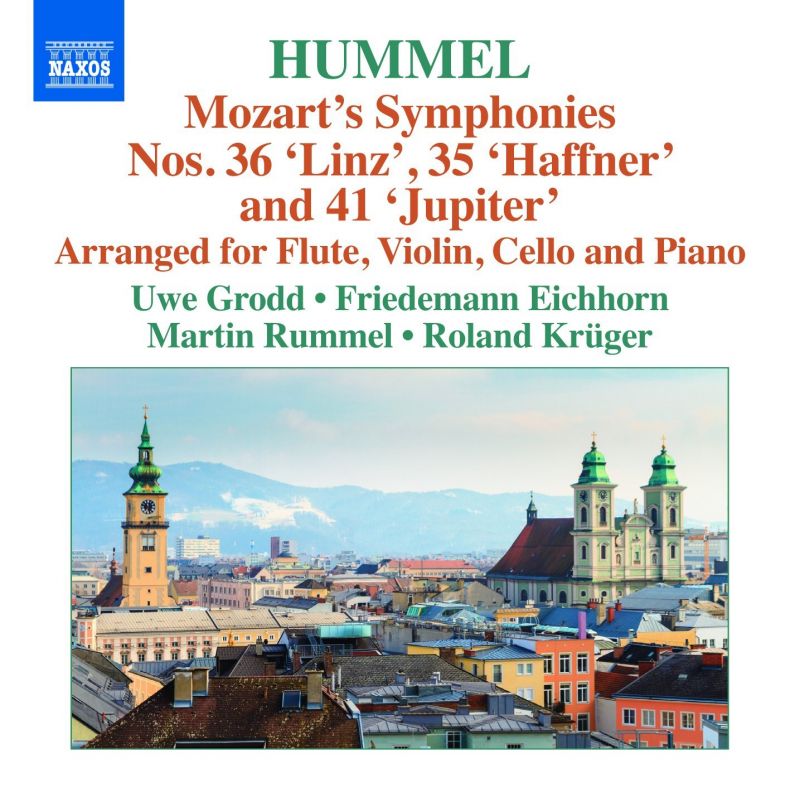 During the 18th and 19th centuries, it was common practice to make chamber or solo arrangements of orchestral works to cater to the burgeoning middle class. Extra sales of a large-scale work could be secured by offering it in a form that could be played in the drawing rooms of the well-off, so composers themselves or copyists prepared versions for small groups: piano solo or duet, piano trio, quartet and so on – making the practice the Spotify of its day. The arrival of recordings naturally enough put paid to these arrangements and now, when everything imaginable can be accessed at the click of a mouse or the swipe of a screen, their day seems well and truly to have passed.

So what is the point of making recordings of Mozart’s symphonies and piano concertos in chamber arrangements, when the listener barely even needs to rise from his chair to be able to hear hundreds of performances of the orchestral originals? Well, these reimaginings are a little different as they were made by Hummel, himself a pupil of Mozart’s, during the 1820s and ’30s, rather than by a jobbing scribe in the pay of a publishing house. In the case of the symphonies, they are by and large straight transcriptions – Hummel’s adulation of Mozart was such that he refused to make any cuts or change a single harmony. The concertos go somewhat further: they appear to be based on solo versions Hummel made to suit his own formidable technique and, while not altering the architecture of the works, he rather beefed up the soloist’s part.

It’s the piano that gets the lion’s share throughout, with the strings and flute often just providing accompaniment. The Haffner and Linz Symphonies sound much as you might expect but the Jupiter presents a far greater challenge to the arranger, not least in the fearsome counterpoint of the finale. In fact this put me most in mind of the fugal coda in the finale of Schumann’s Piano Quintet. It really is a tour de force, negotiated admirably by the Naxos musicians, who offer nothing less than tasteful readings. Hummel (by necessity) left out the horn and trumpet parts – the few moments when it seem a little bare. On its own terms, a fine achievement. (The same players previously recorded Symphonies Nos 38-41.)

The concertos are played on period instruments for a sparer sound, Leonardo Miucci’s copy of a Viennese fortepiano from the mid-1810s having enough body in the low and middle ranges but lacking tone and sustain above the treble stave. The cadenzas (and ornamentations) are naturally Hummel’s own, offering an insight into the state of the practice in the early 19th century. It would be interesting to hear these arrangements in their solo piano versions: the austere, vibrato-free strings and flute don’t really add a great deal.

So who are these discs for? Those interested in Mozart performance practice in the 19th century; Hummel completists too. But Mozartians will surely have their own favourite recordings of all these works in their original forms.

Concerto for Piano and Orchestra No. 18

Concerto for Piano and Orchestra No. 20